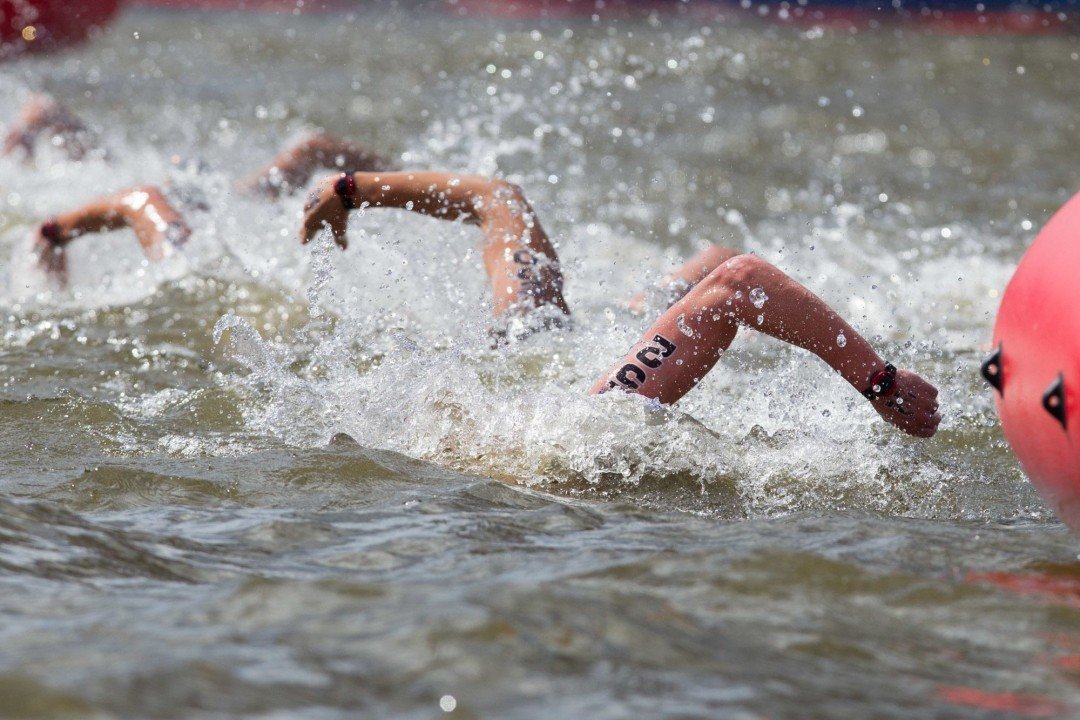 Chelsea Gubecka and Kareena Lee have been working with the Queensland Academy of Sport to prepare for the temperature of the water at the FINA Open Water World Cup in Portugal... Current photo via Tim Binning/TheSwimPictures.com

On June 11th and 12th Australian open water swimmers will be competing for spots on the Australian Olympic team at the FINA Open Water World Cup in Setubal. One of the challenges for both Chelsea Gubecka and Kareena Lee, who are both from Queensland, is the temperature of the water in Portugal.

Quite often the water gets down to 16°C in Setubal whereas the two are accustomed to training in temperatures that are in and around the 24-25°C mark. Gubecka, Lee and their coaches have been working with the staff at the Queensland Academy of Sport to have the athletes properly acclimatized to the conditions in Portugal.

The two have been training in an ‘Endless Pool’, which is set at an appropriate temperature. The ‘Endless Pool’ makes sense because it would not be feasible to cool a typical training pool to that temperature because of both the volume of water and how frequently they are used.

Gubecka and Lee both competed in the 10km at the 2015 World Championships in Kazan. Gubecka finished 13th while Lee finished 20th. The two will be joined by Simon Huitenga and Jarrod Poort who will be looking to qualify for Rio themselves. Huitenga finished 15th in the 10km in Kazan while Poort did not swim the event.

The Olympic qualifying process at the World Cup is as follows:

The top 10 swimmers in the 10km race at the World Championships in 2015 will automatically be eligible for the Olympics. Then, the FINA Olympic Marathon Swim Qualifier (the race in Setubal) will select at least 14 more men and 14 more women for the Olympics, plus a minimum of 1 each from both genders from the host country Brazil (though it’s likely that Brazil will already be handled in the above two finish orders).