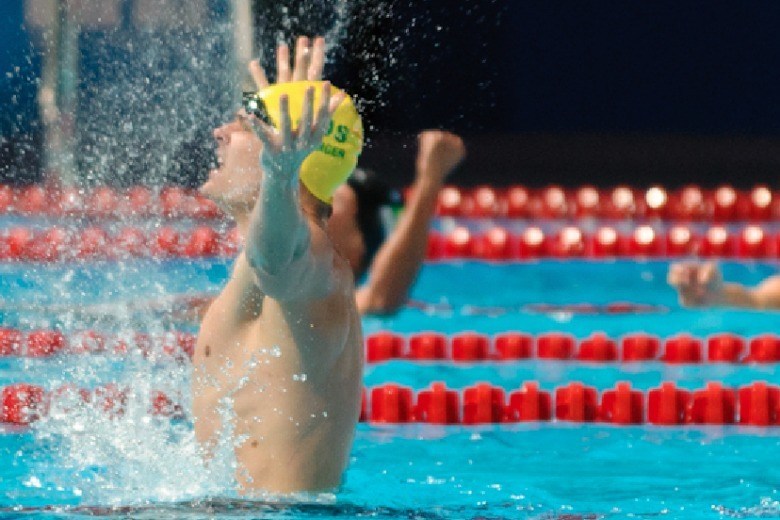 The 2014 Australian Commonwealth Games swim team will come together once again for the second Grand Prix meet this year, to be held at the Chandler Aquatic Centre in Brisbane, from Friday June 6 to Saturday June 7.

The 2014 Australian Commonwealth Games swim team will come together once again for the second Grand Prix meet this year, to be held at the Chandler Aquatic Centre in Brisbane, from Friday June 6 to Saturday June 7.

The 59 Glasgow bound swimmers will be joined by some highly competitive members of the 2014 Para Pan Pacs team and the Australia A team as they continue preparations in Brisbane this weekend.

Following on from the success of the first Grand Prix held in Canberra on May 17, Grand Prix two will take on a new format again, with the race program designed to challenge both coaches and athletes ahead of their major competitions.

The 50 metre events will be swum as timed finals and used as qualification events for the 4x50m freestyle and medley relays, while the 100 and 200 metre events, will see only the top three swimmers qualify for the medal final with the next eight fastest swimmers moving into a ‘B’ final.

Swimming Australia Head Coach Jacco Verhaeren said this new and challenging format will put the swimmers under a different pressure than what they are used to.

“With this new format, the athletes will face a different kind of challenge which will benefit the quality of racing and team culture amongst our swimmers,” said Verhaeren. “In the relays and the sprint events for example, we will have the opportunity to have the best teams in Australia race against each other. This is great for our team to be able to practise race specific skills in a highly competitive environment.”

The distance events will also undergo changes with the women’s 800m freestyle changing to 600m and men’s 1500m freestyle to 900m and being swum in 200 and 300m intervals respectively, with the winner decided by the total sum of the times.
“Having the distance events swum as intervals will mix things up and will give the swimmers some high quality distance practise against strong opposition and will allow them to add another element of hard work to their major meet preparation,” said Verhaeren.

The open water swimmers will also get a chance to test their fitness levels and gain vital race practise with the inclusion of a mixed 3000m pool event on Saturday morning.

Grand Prix two will commence at 4:30pm on Friday June 6 and continue on Saturday morning from 10:30am at the Chandler Aquatic Centre in Brisbane.

This is a great idea. only top 3 make the A final so swimmers have to race in prelims