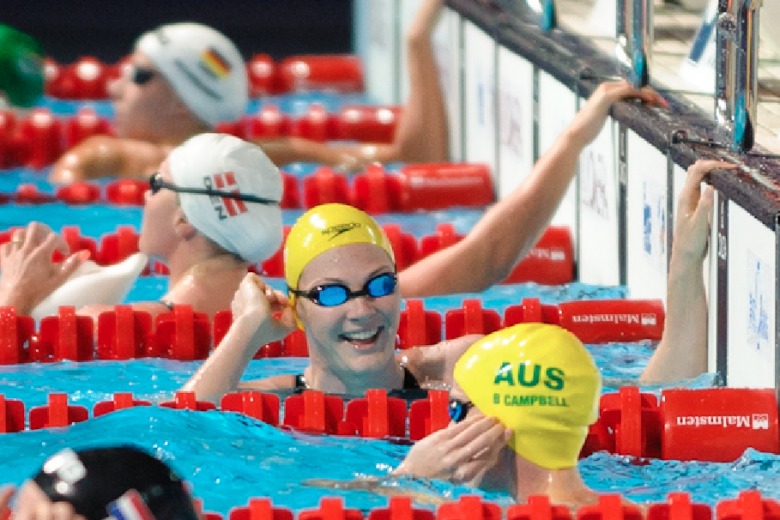 After day 1 of the 2014 Commonwealth Games in Glasgow, Scotland, the Australian team is leading the pack with 8... Archive photo via Victor Puig

This year, England is sitting in second after the first day of competition with four medals (3 Silver, 2 Bronze). England has been pushing to score better internationally so they should be pleased about their position within the medal count after today. Their British Swimming counterpart, Scotland, is also tied at 3 medals on the day (2 Gold, 1 Silver). After the first day of competition in 2010, England was also in second as a team, and Scotland was alone at third. It is interesting to consider who had the best team performances of the day. England had five medals, but Scotland had 2 gold medals and a silver in front of their own fans. This is a good sign for Great Britain as they look forward to Rio 2016, although it is still early on in the meet. It was not long ago that they brought it Chris Spice as the new National Performance Director to help ensure it achieves maximum medal potential for the current Olympic cycle and beyond.

Canada was the only other countries to earn a trip to the podium. Canada finished day 1 with 2 medals (1 Gold, 1 Bronze). Canada had the same number of medals in 2010 after the first day.

That would be Australia (3) then Scotland (2) then Canada (1) then England (0,3) then Netherland… wait who let the Netherlands into the Commonwealth?

Thanks for catching that. I had Netherlands on my mind as the second place team in the 4×100 free relay because they held the previous WR. It should be fixed now.

Agreed, Was maybe the Queen has managed to overthrow the Dutch monarchy, well Denmark has an Australian princess, so maybe some of the old medieval games playing again. haha.
Good to see my home team, Australia regianing some of their power in swimming.

You’ve also seem to have an extra Silver for Australia and have England missing a Bronze and have bumped Scotland’s Silver to Bronze. But thats ok it’s early in the meet and you’re just getting warmed up.