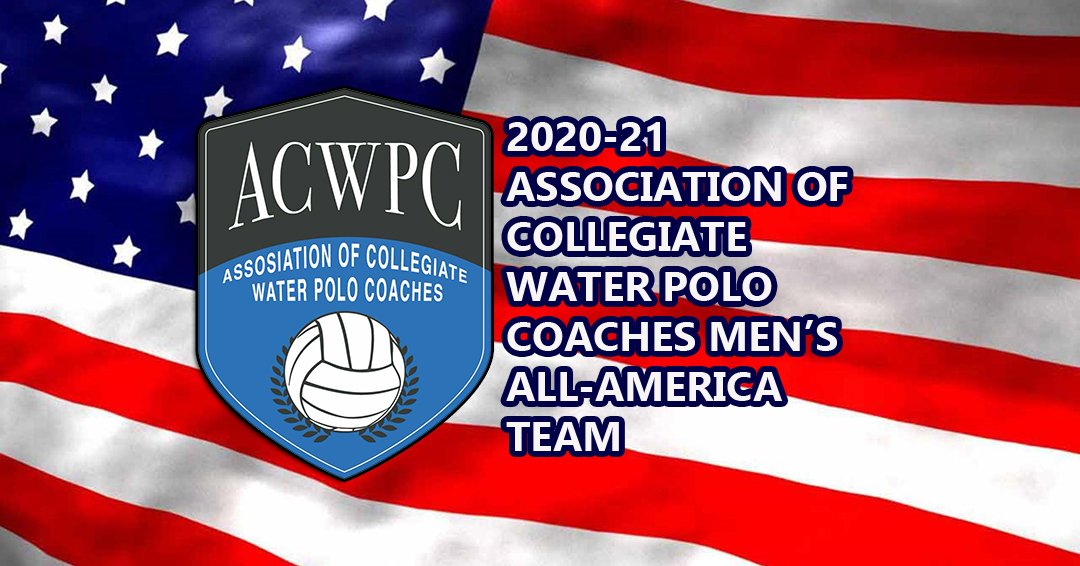 The ACWPC announces the selection of 26 student-athletes to the 2020/Winter 2021 ACWPC Division I Men’s Varsity All-America Team.

Due to COVID-19 impacting the ability of teams to compete during the rescheduled men’s varsity season, the ACWPC elected to maintain proportionality between the number of programs and the number of recognized student-athletes.  Further, the ACWPC Board decided to honor one all-encompassing team for the year rather than dividing selections into Division I, II and III to recognize the student-athletes who competed during the 2020-21 season without regard for their divisional affiliation.

Doruk Ozar of Bucknell, Joseph Shaw of Loyola Marymount and Jason O’Donnell of Mount St. Mary’s along with Nicholas Tierney and Curtis Jarvis of Pepperdine complete the Honorable Mention list.

The ACWPC All-America teams are selected based on nominations and voting by varsity head coaches.

Founded in 2005, the mission of the Association of Collegiate Water Polo Coaches (ACWPC) is to promote the development and advancement of collegiate water polo. This shall be accomplished by providing its membership with professional education, services, training and a united voice.