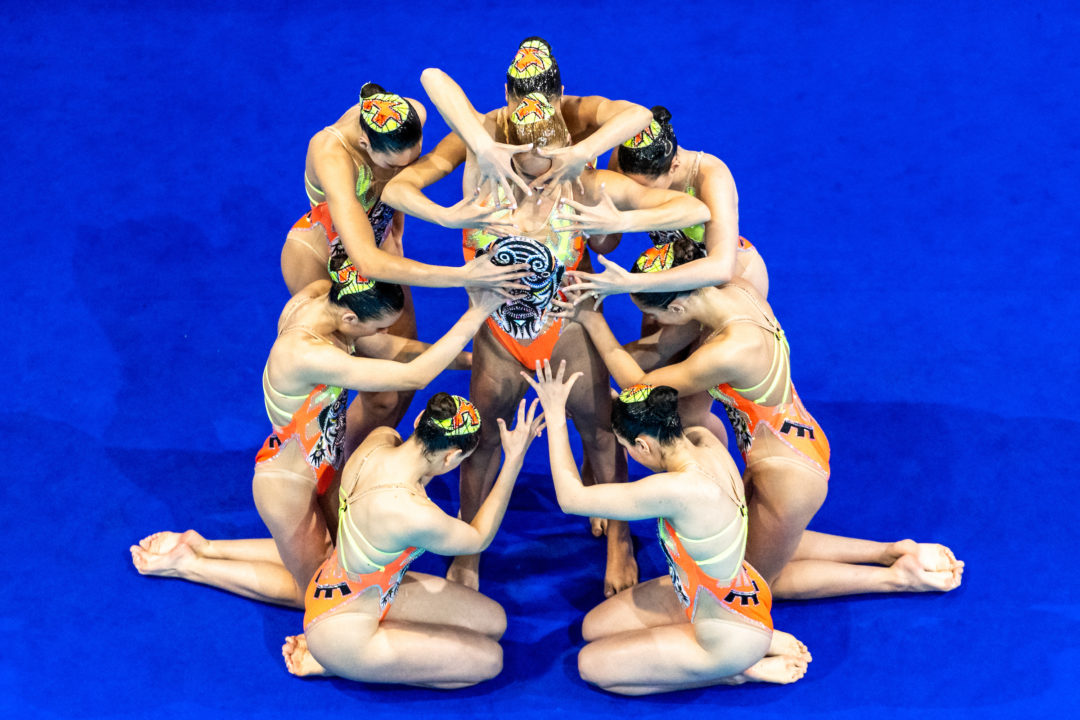 FINA is pleased to announce that the Artistic Swimming Olympic Qualification Tournament will be held on June 10-13, 2021 in Barcelona (ESP). Archive photo via Giorgio Scala/Deepbluemedia/Insidefoto

FINA is pleased to announce that the Artistic Swimming Olympic Qualification Tournament will be held on June 10-13, 2021 in Barcelona (ESP).

This competition will complete the qualification path for the artistic swimmers aiming at taking part at the Tokyo Olympics, to be staged from July 23-August 8, 2021. In concrete, three of the 10 participating teams in the Games will be selected in Barcelona, while another seven duets (out of the final 22) will also try to book their “ticket” for the Olympic rendezvous.

In parallel with the organisation of the Qualification event, Barcelona will stage the Super Final of the Artistic Swimming World Series, the annual circuit gathering the best athletes of this spectacular discipline.

FINA President Dr Julio C. Maglione expressed his confidence on a highly successful event in the Catalonian capital, host of the FINA World Championships in 2003 and 2013: “I sincerely thank and acknowledge the immense support and enthusiasm of the Royal Spanish Swimming Federation in holding this competition in such a challenging and difficult context. In a very short notice, our Spanish friends demonstrated once more their engagement towards FINA and Aquatics. Together, we will tirelessly work for the achievement of this competition, but also for the best possible outcome of the Olympic Games in Tokyo, the sport milestone of the year”.

Fernando Carpena, President of the Royal Spanish Swimming Federation, considered: “For the Royal Spanish Swimming Federation and I, it is a pride to be able to host once again a FINA event which, in this case, gains more relevance as a qualifier for Tokyo. The great collaboration we always receive from the Barcelona City Council and other authorities is appreciated. Of course, also from the Catalonian Swimming Federation, celebrating this year its centenary. The qualification event, together with the Super Final, are certainly unique highlights of this special year”.

After the Barcelona assignment, the calendar of FINA Olympic Qualifying events is now complete, and includes: