Arizona State Takes The Win In Season-Opener Against Pacific 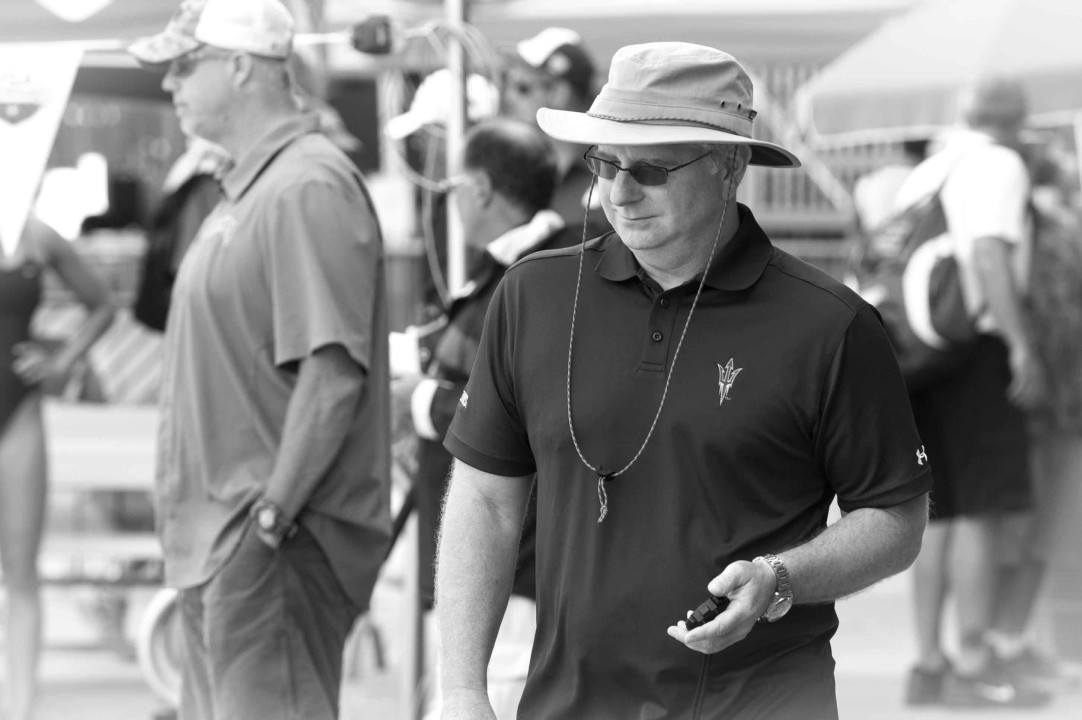 Stockton, California – The Arizona State Sun Devils topped the Pacific Tigers 170-92 on Saturday, opening both team’s intercollegiate schedules. This meet will go down as the first victory in the Tempe tenure of Arizona State head coach Bob Bowman, who is also the 2016 U.S. Olympic Team Coach.

The meet started with the 200 yard medley relay as ASU’s ‘A’ relay took first with a team of Reid Elliott, Christian Lorenz, Tadas Duskinas, and Patrick Park with the time of 1:31.05. Following closely being was Pacific, who came in second (1:31.47) with Makoa Alvarez, Yahav Shahaf, Stewart Harrison, and Mitchell Ongstad, followed by their team mates who came in third (1:33.81), Curtis Klein, Cameron Franke, Jared Vu, and Miles Mackenzie.

The Sun Devils took first and second in the 1000 yard freestyle, with Juan Tolosa coming in first (9:35.48) and Mitchell Bruckman coming in second (9:51.94). Colin Craig from Pacific took third in this event with the time of 9:53.12, making it a close race between him and Bruckman.

In the 200 yard freestyle was a close event, with ASU taking first and second again, with Barkley Perry coming in first (1:40.53) and Thomas Martins coming in second (1:41.08). Pacific took third again with Brandon Presswood, finishing with the time of 1:41.45, barely been out-touched by Martins.

The Tigers had a turn of fortune in the 100 yard backstroke, as they took first and second, with Makoa Alvarez (49.60). Alvarez’s time was just 1.11 seconds off of the NCAA Division 1 ‘B’ cut, which is a great start to his season. Curtis Klein from Pacific came in second (51.30), just out-touching Reid Elliott from ASU, who took third in the backstroke with the time of 51.46.

The 50 yard freestyle was a close race between ASU and Pacific, as Arizona State took first again, with Tadas Duskinas (21.07). Duskinas’ had a great race, finishing on .88 off of the NCAA Division 1’B’ cut. followed closely by the Tigers, who took second and third again, with Yahav Shahaf (21.24) and Miles Mackenzie (21.26).

The Sun Devils took first again in the 100 yard butterfly with Tadas Duskinas with the time of 48.95. Duskinas’ had another great swim of the night, touching only .66 seconds away from the NCAA ‘B’ cut. The Tigers took second and third again in this event with Jared Vu (49.94) and Makoa Alvarez (50.54).

Thanks Roy – looks like they’ve got it wrong in the official results, but we’ve updated it above.