USC Defeats Utah In First Dual Meet of the Season 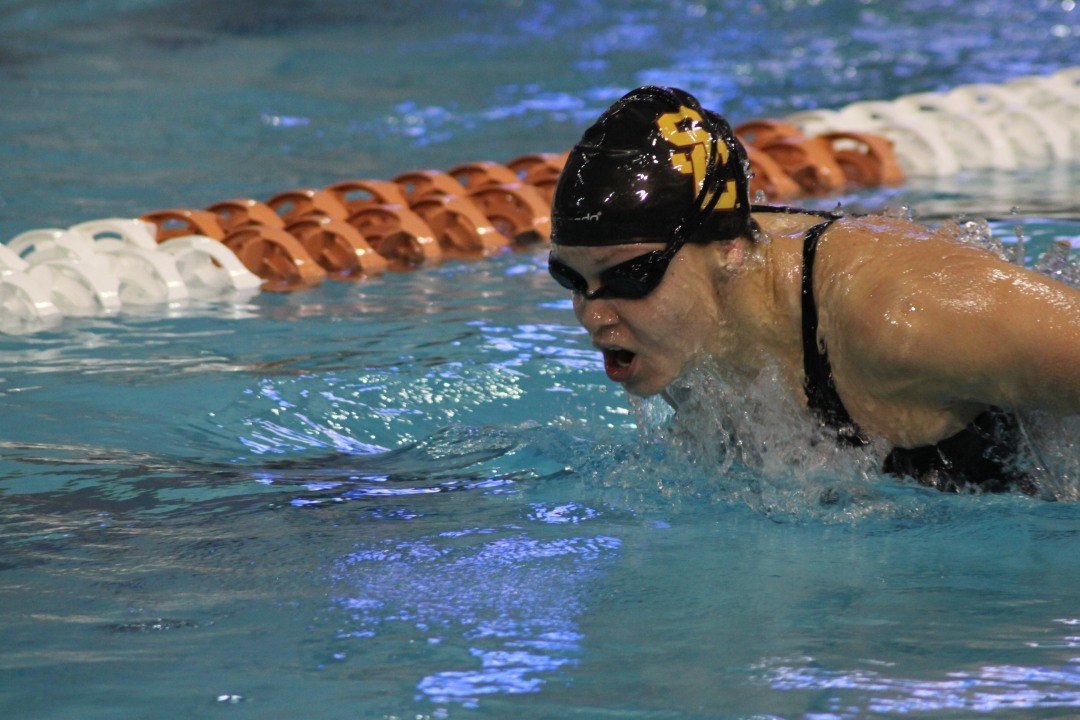 The University of Southern California defeats University of Utah in their first dual meet of the season. Current photo via Andy Ringgold/Aringo Photography

Salt Lake City, Utah – The University of Southern California took on the University of Utah on Saturday, October 3, coming out victors of their first dual meet of the season. USC won with 138.5 points, with the Utes finishing with 112.5 points.

Hannah Weiss and Anika Apostalon came in first and second respectively in the 100 yard backstroke from USC, with times of 55.00 and 55.18, making it a close race between team mates. The Utes snagged third again with Megan Kawaguchi touching at the time of 57.69.

The Trojans grabbed first and second again in the 50 yard freestyle, with Evan Swenson coming in first (24.05) and freshmen Victoria Toris coming in second (24.27). Junior Rhianna Williams, returning dual athlete in both track and swim, came in third with the time of 24.39, just being out-touched by Toris.

In the 100 yard freestyle, junior Anika Apostalon, coming only .82 seconds aways from the NCAA ‘B’ cut, and freshmen Victoria Toris came in first and second, with the times of 50.81 and 53.03. Utah’s Dorien Butter came in third in this event with the time of 53.08, making it a tough race for Toris, who just finished the 50 free before hand.

where did you find the full results?

Way to come out Maddie Wright!! Great swim in 2 fly!! We are proud of you in the Mitten!