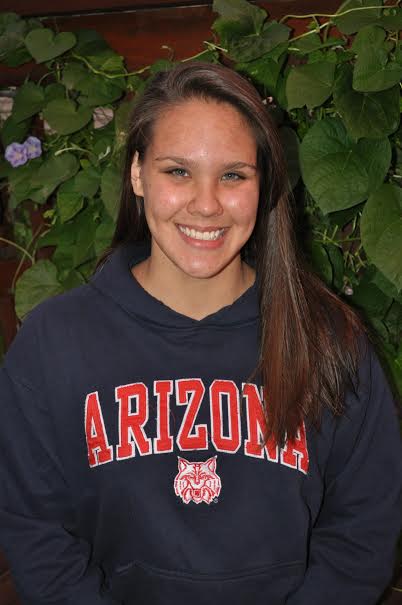 Kayla Filipek, from the Academy Bullets, has verbally committed to the University of Arizona class of 2021, bringing sprint speed... Current photo via Kayla Filipek

Kayla Filipek, from the Academy Bullets, has verbally committed to the University of Arizona class of 2021, bringing sprint speed to add to their young but deep roster.

The strength of their swim program and department of my prospective major really attracted me to U of A.  Everyone from the school and team were wonderful on my visit and kept Arizona lingering at the forefront my mind throughout the entire process. I can’t wait to be a part of the team.

Filipek swims for Bartlett High School, and as a junior she finished 5th in both the 50 free and 100 free at the IHSA (Illinois) Girls State Championships. She was also a part of top-20 free relays at those IHSA Champs representing Bartlett.

Filipek will join a strong sprint group led by Olympic trials finalist Katrina Konopka along with Annie Ochitwa and Paige Kremer. It’s not out of the question that Filipek could be an immediate addition to the 200 free relay, an event in which the Wildcats placed in 5th at the 2016 NCAA Championships.

A solid option in the 50 and 100 free, Filipek’s best times would’ve put her in the 50 free B final and the 100 free C final at the 2016 Pac-12 Championships. She will deepen the ‘Zona sprint group, and be a possible candidate for sprint relays as soon as she gets to campus next season.