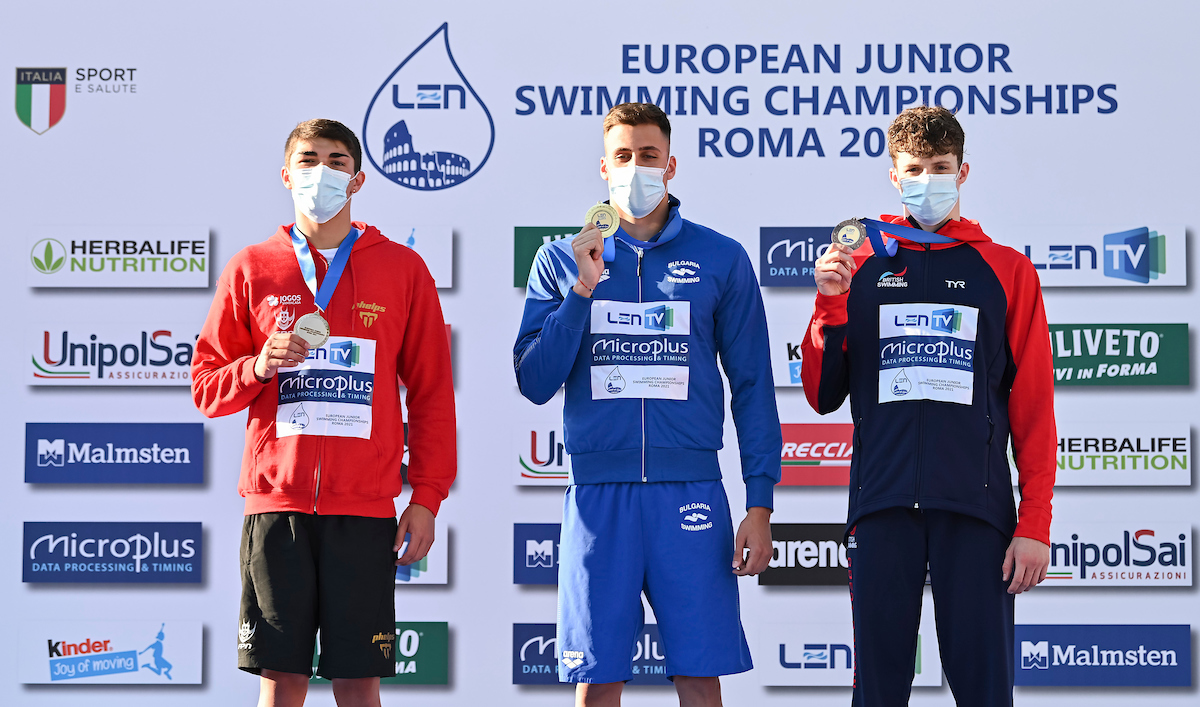 Ribeiro, left, has now set three Portuguese Records in the last three weeks, including two that had stood since 2009. Current photo via Andrea Masini / Deepbluemedia / Insidefoto

A Portuguese National Record that had been on the books since 2009 has now been dipped under three times in the last three weeks.

Diogo Matos Ribeiro, a rising star who made an impact at last year’s European Junior Championships by winning a silver medal in the 100 butterfly, knocked off the Portuguese Record in the 50 fly twice earlier this month and lowered it once again at the recently-concluded Danish Open.

Ribeiro now ranks fifth in the 2021-22 world rankings in the 50 fly, notably overtaking the likes of Florent Manaudou, who was 23.31 in March.

Prior to his performances at the Portuguese Championships, Ribeiro held a best time in the 50 fly of 24.02, set in December, and had finished sixth at the 2021 European Juniors in 24.09.

He is not swimming worlds. He is not even swimming European juniors. The plan (at least until last week) was to swim only the European Championships in august and the world juniors in August. This kid is the real deal. Amazing talent. Probably the best ever talent from Portugal. He is currently training with former Brazilian National coach, and now, Portuguese National coach, Albertinho.
But prior to that he had already made a splash at European juniores last year with several finals (including some by Popovici side) and the silver medal in 100 Buttetfly as a 16 yr old!

The kid is good, really good. But has a lot to prove to be considered the best ever talent in Portugal.
He is fortunate that we are finally getting some maturity, although still very behind from other countries, in career management and training in general.
As you probably know, in Portugal we have a talent to waste and destroy athletes with bad training and poor career decisions, swimming wise.