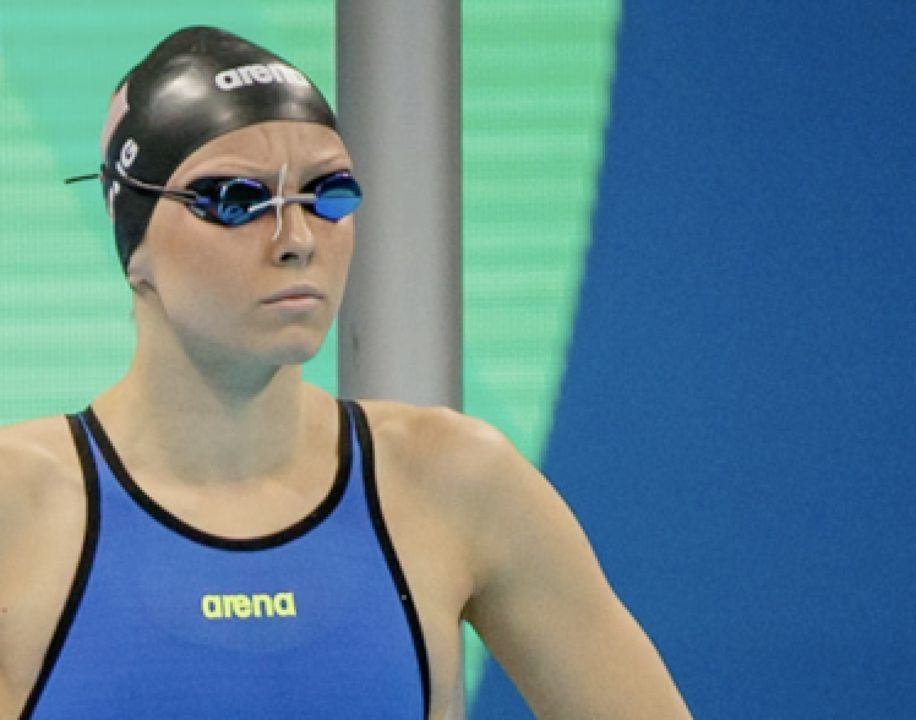 A 13-time Paralympic Gold Medalist and 4-time Paralympian (Athens, Beijing, London, Rio), Jessica has become widely known as one of the most versatile, accomplished swimmers in the world. Current photo via arena

Global water instinct brand arena has renewed its sponsorship agreement with American swim star Jessica Long with a four-year deal through the Tokyo Paralympics in 2020.  A 13-time Paralympic Gold Medalist and 4-time Paralympian (Athens, Beijing, London, Rio), Jessica has become widely known as one of the most versatile, accomplished swimmers in the world.  25-year-old Jessica Long grew up in Baltimore, Maryland after being adopted from a Russian orphanage at the age of 13 months.  As a result of fibular hemimelia, her lower legs were amputated at the age of 18 months and Long learned to walk with prostheses.  An athlete with a love for many sports, from gymnastics and cheerleading to ice skating and rock climbing, Long joined her first competitive swim team in 2002 and went on to win 3 gold medals at the 2004 Paralympic Games in Athens, Greece at just 12 years old.  She is the second most decorated Paralympian in U.S. history and the only dual-amputee swimmer to hold 23 career Paralympic medals.

Jessica represented arena throughout 2016 and for the Rio Paralympics, following arena’s selection by US Paralympics as the official supplier of its national swimming team.  “I love being able to push boundaries and look for this same spirit in my partners.  With their intense focus on innovation for swimmers of every discipline or ability level, arena is helping to push the boundaries of competitive swimming.”

Arena’s partnership extension with Jessica signifies the company’s investment in Paralympic sport and ongoing commitment to grow swimming at all levels. The three-diamond brand is currently the official sponsor and technical partner of the International Swimming Federation (FINA) as well as more than 20 national federations and governing bodies worldwide, including the Exclusive Outfitter of the USA Swimming National Team and Official Supplier of the USA Paralympic Swimming National Team.

“arena’s unprecedented engagement with US Paralympics and the brand’s support of my swimming career has been incredible,” said Jessica.  “I grew up flipping through the pages of magazines, dreaming of being sponsored – and now I have the opportunity to be part of the arena family.  I step up to the blocks confident, knowing the technical benefits and comfort of my arena suit will feel like a second skin when I hit the water.  arena recognizes the hard work of all elite athletes.  I am honored to represent a brand who is working to enhance the global awareness and success of Paralympic swimming.”

Jessica’s selection of arena as her technical partner is a reflection of the leadership role the company plays in elite technical racing, as well as the broad range of product expertise it brings to the sport of swimming. With an expansive array of styles, technologies, and performance levels to choose from, the company’s aim is to provide every swimmer with the best suit for their own physical needs, sporting goals and personal preferences. This focus on the custom needs of every individual athlete is a trait that has characterized Arena’s modus operandi for over 40 years, propelling the company to the pinnacle of their field, most recently with its breakthrough Carbon Fiber technology, which has become a permanent fixture atop the podium in the world’s biggest swimming competitions.

“As a company, we’ve always been dedicated to growing the sport across the board, and to give every swimmer – from the Olympian to the beginner and everyone in between – the best opportunity to express themselves and their water instinct, whatever their goals” said Steve Ozmai, Marketing Director of Arena North America.  “This diversity is as important to our brand as it is to all of us as individuals; it’s reflected throughout our company, so to extend our reach to the US Paralympic Movement is a true honor and we continue to be both amazed and inspired by the passion and pure talent that Jessica exhibits both in and out of the water.  We could not be more honored that she has chosen arena to be a part of her historic rise as both a swimmer and a role model and we know she has only just begun to show the world what she’s capable of.”

Arena is the authentic waterwear brand for athletes and real sport lovers. Wherever there is sport in the water, there is Arena. For over 40 years Arena has equipped the world’s leading swimmers and lovers of watersports with racing, training, and leisure swimwear and accessories built on a foundation of in-depth research, technical know-how, and an unyielding commitment to quality. With U.S. headquarters in Portland, Ore., Arena is the exclusive outfitter of the U.S. National Team, and a proud partner of USA Swimming. www.arenausa.com.