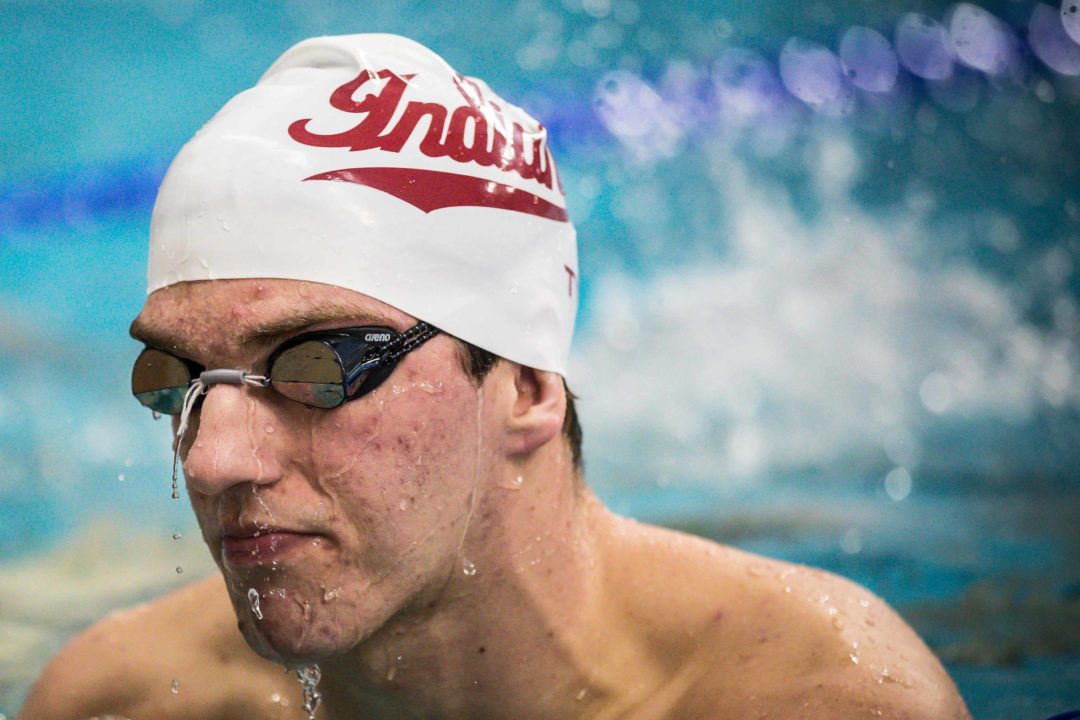 Apple led off in 45.98, his fourth sub-46 swim of the match, as the Trident held off London to win the mixed 400 freestyle relay. Archive photo via Jack Spitser/Spitser Photography

In the lone relay on day two of the ISL’s second match in 2020, the DC Trident picked up its first win in club history.

The win ended up being a major factor in the final standings, as the Trident placed third over the Aqua Centurions by six points, the exact same margin they outscored them in the relay (18 points to DC for the win, 12 to Aqua for third).

Below, we’ll take a look into the splits of the mixed event and look at who the difference makers were.

Zach Apple was on fire all meet, and he came through once again as he hit 45.98 on the lead-off for DC to give them a lead of over seven-tenths of a second. Apple ended up clocking 45 on four different occasions for the meet – twice on relay splits on day one, and twice from a flat start on day two.

Marcelo Chierighini didn’t swim the 100 free individually (which Apple won), but did put up a strong 46.69 lead-off here for the Centurions.

Like Apple, Alessandro Miressi had been throwing down some scorching swims throughout the match, and did so once again with a 45.77 second leg. The Italian actually had the exact same split on day one, when he anchored the Centurions home to victory in the men’s 400 free relay.

Szebasztian Szabo‘s 46.44 was crucial in putting the Centurions ‘B’ squad into fourth, beating both Iron teams.

While neither were particularly slow, Marius Kusch and Vini Lanza put the London Roar women in a two-second deficit to DC, a margin they ultimately could not overcome.

Anna Hopkin and Marie Wattel did everything they could for the Roar, putting up matching 52.05 to easily lead the women’s field. On day one, Wattel led off in 52.49, while Hopkin split over a second slower in 53.12.

Margo Geer and Ky-lee Perry managed to put up the third and fourth-fastest splits amongst women to solidify DC’s victory.

Another great swim brought to you by the GREAT Indiana University and our GOAT Coach, Ray Looze! #goatcoachraylooze

Someone has to have video of this