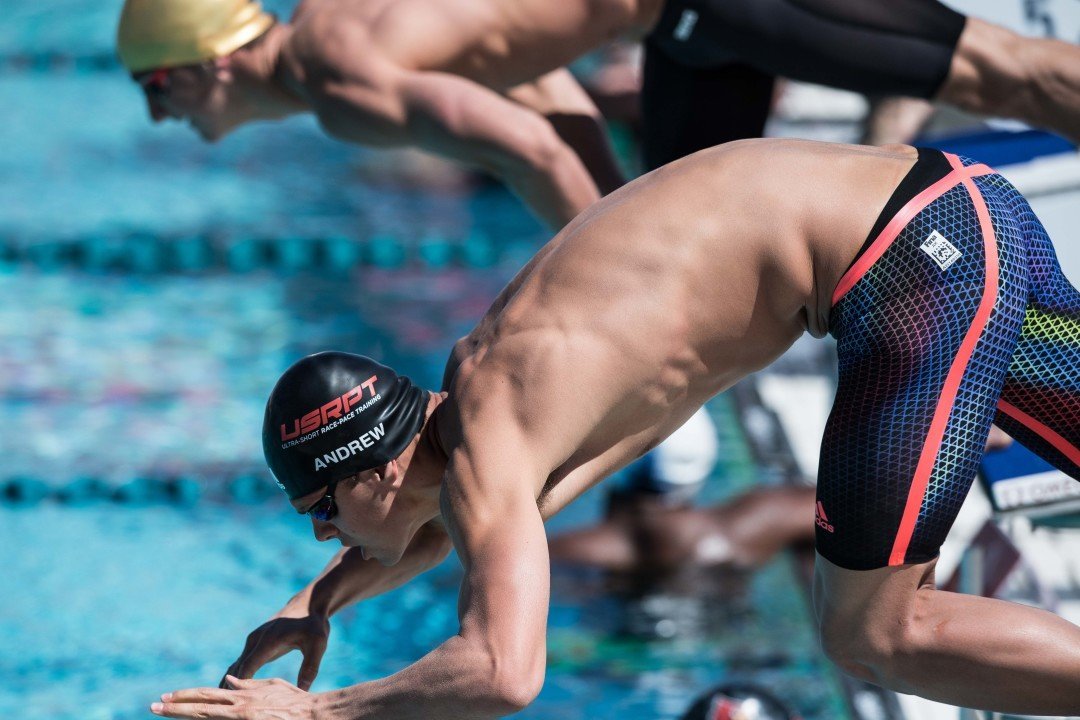 Michael Andrew won a pair of events on night 2 of the Omaha Cup, setting one new 17-18 National Age Group record.

Later in the night, Andrew was 22.65 to win the 50 free by almost half a second. That’s about three tenths off his lifetime-best in that race.

One of the night’s best swims on the women’s side came from rising Nebraska Husker senior Erin Oeltjen in the 100 back. Oeltjen dropped four tenths off her lifetime-best to go 1:02.76 – that’s more than half a second under the Olympic Trials cut, though Oeltjen was already qualified for the big show before this weekend.

Other winners on day 2:

Anyone know where Michael will ultimately go to college? He would be a great fit at Berkeley, USC or Florida.

Jared – The 2IM winner, Griffin Back, swims for Aquajets Swim Team, not Edina. Also Edina’s Peter Larson made the 200BK OT cut in the morning!

Way to go Bubb! Adding another Buckeye to the list! See you in Omaha!

And well done to Michael Andrew.

Way to go Erin and Bubb!