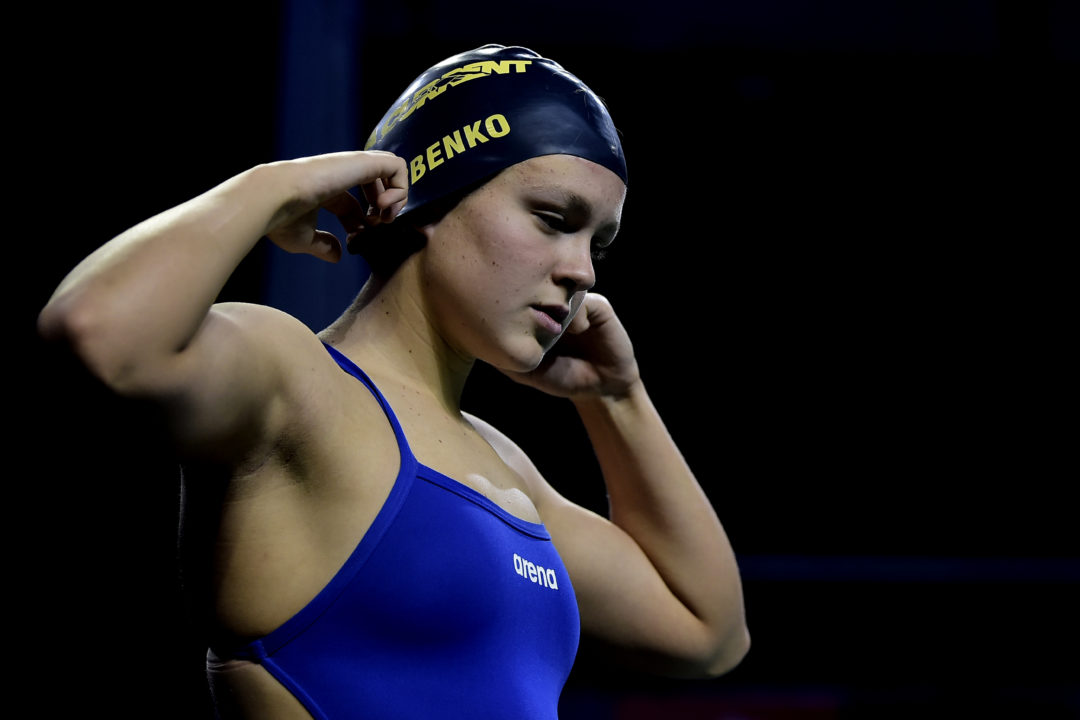 The Israeli Swimming Association (ISA) announced last week that they will be sending a roster of 12 swimmers to the 2019 European Short Course Swimming Championships. The meet will be held from December 4th to 8th in Glasgow, Scotland.

That includes 27-year old Yakov Toumarkin, who is an Aolympic finalist and two-time silver medalist at the European Short Course Championships – both in 2015 where he won silver in the 200 backstroke and 100 IM.

2015 was the last time Israel earned a medal at this meet. Besides Toumarkin, Gal Nevo also won a bronze. Nevo is not on the 2019 team.

The standout of the women’s roster is 16-year old Anastasia Gorbenko, who has been honing her short course racing this fall as a member of the LA Current of the International Swimming League, where she was added to the roster by her coach David Marsh, who also coaches the Current. Gorbenko is the current Israeli National Record holder in 11 events, including relays. That includes both the 200 IM and 400 IM in short course and long course meters. Gorbenko ranks 2nd in Europe this season in the 200 IM with a short course 2:07.64. She ranks only behind Katinka Hosszu, who is also scheduled to race at this meet.

How many of the Israelis train full time in San Diego? Does Gorbenko?

I don’t know the answer to your question. I think that Marsh is still a consultant to the Israeli Swimming Association. I would think that they live and train in Israel full time.

Marsh is the “Super Advisor” of the Israel Swimming Association and for that reason Anastasia Gorbenko and other swimmers from israel practice in san diego period of time a year.

Thank you. Which club does she swim for in Israel?