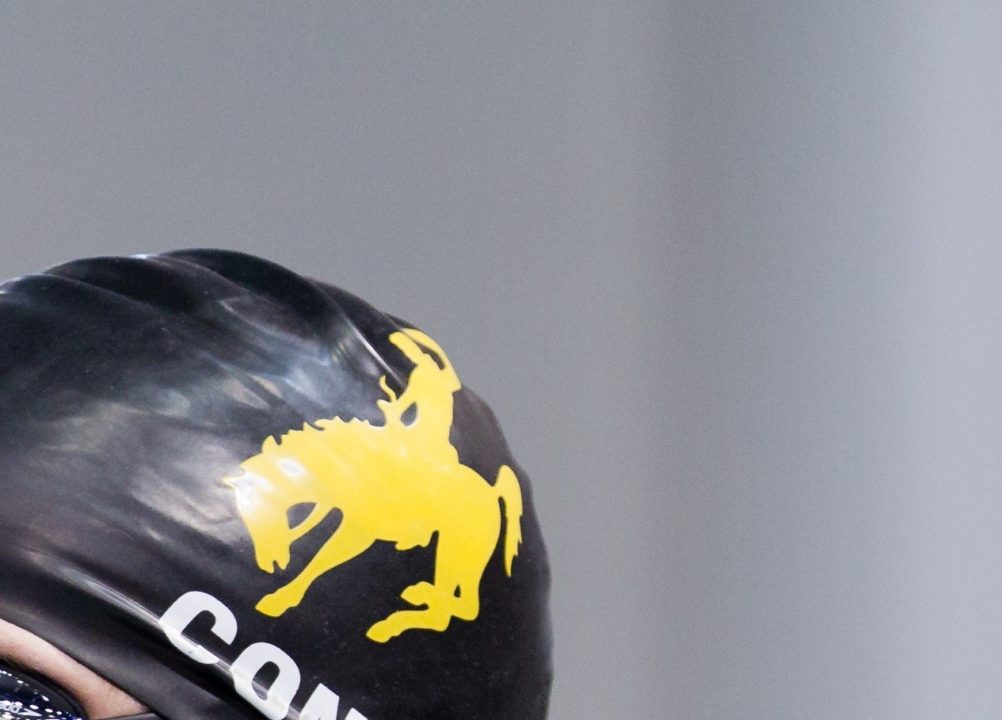 The Cowboys emerged victorious, but both teams swam very well in a dual meet at the Corbett Natatorium. Stock photo via Tim Binning/TheSwimPictures.com

The very good, if not often discussed, Wyoming – Boise State rivalry wrote a new page on Saturday in Laramie, as the two teams battled down to the wire in the team score. Wyoming would end up winning 154-146, as they and the Broncos would each end up breaking two Meet Records at the Corbett Pool.

The teams were close-to-even going into the 500 yard free, but there Wyoming got some separation, going 1-2-4 to give themselves some cushion over the Broncos. The top two spots went to a 5:10.4 from Emma Dow and a 5:10.6 from Keara Chang.

Boise State freshman Brittany Aoyama broke a Pool Record with a 55.59 in the 100 yard fly, but there are no bonus points for records in college swimming, and a Wyoming 2-3-4 kept Boise from pulling too far away.

That record broke the mark held by six-time Olympic champion Amy van Dyken that she swam back in 1994 – the oldest record on the women’s side of the board. Van Dyken swam for Colorado State at the time.

The Broncos gave themselves a shot in 3-meter diving with a 1-2 finish and then generating a split in the 200 IM, the last individual event of the meet, but Wyoming won the meet-closing 400 free relay in 3:28.28, another Pool Record, to seal the victory. The old record belonged to a BYO relay from 2010 with a 3:28.44.

That furious finish accounted for two Pool Records, and each team added one more to that total. Wyoming junior Jordan Denny, who also anchored that record in the relay, was a 2:02.14 to win the 200 backstroke. That broke the record done by Denver’s Sam Corea at the end of last season in 2:03.61.

Other good swims included Jessica Bottelberghe’s 51.82 in the 100 free to top her teammate Cann’s 52.31. The Broncos have a good young team this year, and when a great recruiting class of 2014 arrives next fall (including Bottelberghe’s little sister) they could make a run at some NCAA-scoring relays.

Congrats Brittany!!!! Stockton and Linden, CA are super proud of you!!! Shows what hard work, dedication and sacrifice can do.