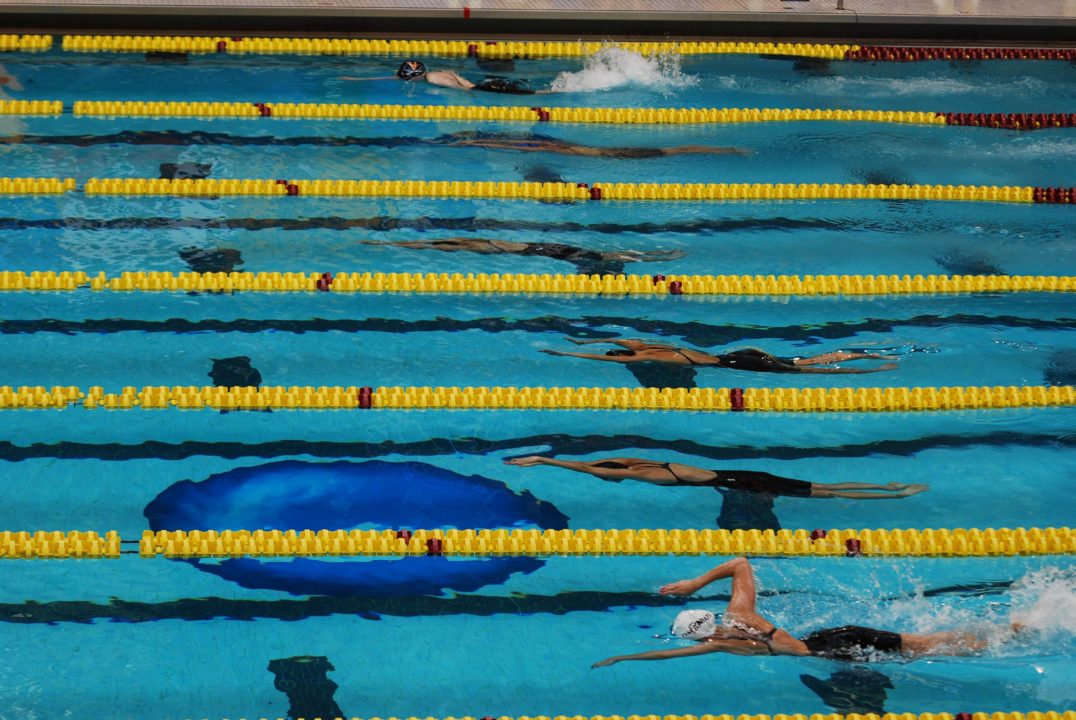 Texas A&M’s big dual meet win over LSU produced three of the SEC’s weekly award-winners. Men’s breakout stars Luke Shaw and Mauro Castillo were honored as men’s swimmer of the week and freshman of the week, respectively, and Beryl Gastaldello was named women’s freshman of the week.

Meanwhile Georgia’s Hali Flickinger was named female swimmer of the week after helping Georgia stay undefeated in a conference win over Tennessee.

The full SEC press release is below:

Male Swimmer of the Week
Luke Shaw • Texas A&M
Senior • San Antonio, Texas
Against SEC opponent and longtime regional rival LSU, Shaw swept his three individual races – all in season-best fashion — and helped the Aggies close out the Tigers with a victory in the 200 free relay. He won the 200 free in 1:36.10, the 100 free in 43.64 and the 100 fly in 47.56. Shaw, who has a season-best of 20.73 in the 50 free, threw down a quick 20.01 split on the 200 free relay.
Male Diver of the Week
Clark Thomas • Missouri
Junior • Olathe, Kan.
Thomas swept the 1-meter and 3-meter in Mizzou’s 133-81 dual win over Drury on Jan. 23. The Olathe, Kan., native scored 426.23 points to win 3-meter, a tally three points better than his old personal best, which was set on Oct. 31 against Missouri State. Thomas also posted a season best total of 386.85 on 1-meter, a score seven points better than his previous best this year and a little more than 10 points off his personal high. Thomas has now won seven 1-meter crowns and six 3-meter titles during the 2014-15 season.
Male Freshman of the Week
Mauro Castillo • Texas A&M
Freshman • Zacatecas, Mexico
Castillo recorded a 53.52 breaststroke split on the Aggies’ winning 400 medley relay to open the dual meet against LSU. He posted his first individual victory of the day with a win in the 100 breaststroke in a time of 53.78, who lowered his career best by nearly three seconds. In the 200 breaststroke, Castillo registered a school-record effort of 1:55.65, which ranks No. 14 nationally and No. 3 in the SEC this season. It was the Aggies’ first school record swim prior to the conference championships since 2011. His 100 breaststroke time put him at No. 5 on A&M’s all-time top 10 list in the race.
Female Swimmer of the Week
Hali Flickinger • Georgia
Junior • Spring Grove, Pa.
In No. 1 Georgia’s win at No. 7 Tennessee, Flickinger won three individual events. She claimed the 200 freestyle in 1:46.99, the 200 backstroke in 1:56.77 and the 200 individual medley in 1:59.94. Her 200 freestyle and 200 individual medley times were season bests and reached the NCAA provisional qualifying standards. Behind Flickinger, Georgia improved to 10-0 and concluded the SEC portion of the season at 5-0.
Female Diver of the Week
Kahlia Warner • Florida
Junior • Queensland, Australia
In Florida’s victory at Auburn, Warner took first place in the one-meter with a personal-best score of 322.13. She also garnered first place in the three-meter with a final score of 322.58.
Female Freshman of the Week
Béryl Gastaldello • Texas A&M
Freshman • Miramas, France
In the Aggies’ dual meet vs. LSU, Gastaldello swam the butterfly leg on the winning 400 medley relay, won the 100 backstroke and contributed the fastest 50 free split of the day on the victorious 200 free relay. The freshman from France contributed a 54.38 fly split on the Aggies’ 400 medley relay, won the 100 back in 54.14, placed third in the 200 IM in 2:03.02 and then threw down a 22.60 anchor split on the 200 free relay, which was the only sub-23 second split of the day.