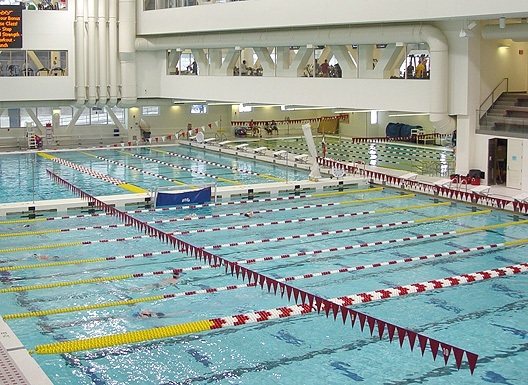 Before their victory over Springfield College on Sunday, both the Amherst men and women’s teams fell to MIT on Saturday. By...

Before their victory over Springfield College on Sunday, both the Amherst men and women’s teams fell to MIT on Saturday. By the end of the weekend, the Amherst men would be left with a 5-2 record, while the women would hang on to a 4-3 – going into NESCAC Championships shortly. This would place the MIT men with a 7-1 record (losing only to Amherst’s rival, Williams) and the women with a 8-1 record (also losing to Williams).

While the MIT men had more of a fight, their victory in the first event, the 200 free relay would be a reflection of the meet to come. In the 2-free, sophomore Kale Rogers finished first by over three seconds – swimming a time of 1:43.12. Junior Bo Mattix took the 100 back with a quick :51.40, and then was later touched out by freshman teammate Dougie Kogut in the 2-back, who swam a time of 1:54.44. In the 50 free, senior Austin Fathman took first with a :21.13, then later took first in the 100 free as well, swimming a time of :45.92. Austin then swam the anchor leg of the 400 medley relay – also taking first for MIT – in addition to their victory in the 200 medley relay. Alexander Lednev, a junior, tied with Amherst sophomore Connor Haley to win the 500 free – both of them swimming a time of 4:44.69. Lednev went on to take first in the 200 IM, swimming a 1:55.08. In the 100 fly, junior Sean Corcoran swam a quick :51.06 to take first. The MIT men finished with another first place in the 400 free relay – giving them a total of 4/4 first place relay finishes.

Follow MIT as they head to NEWMAC Championships at WPI, while the Amherst men go up to Middlebury and the women down to Wesleyan to compete for the NESCAC Championship title.