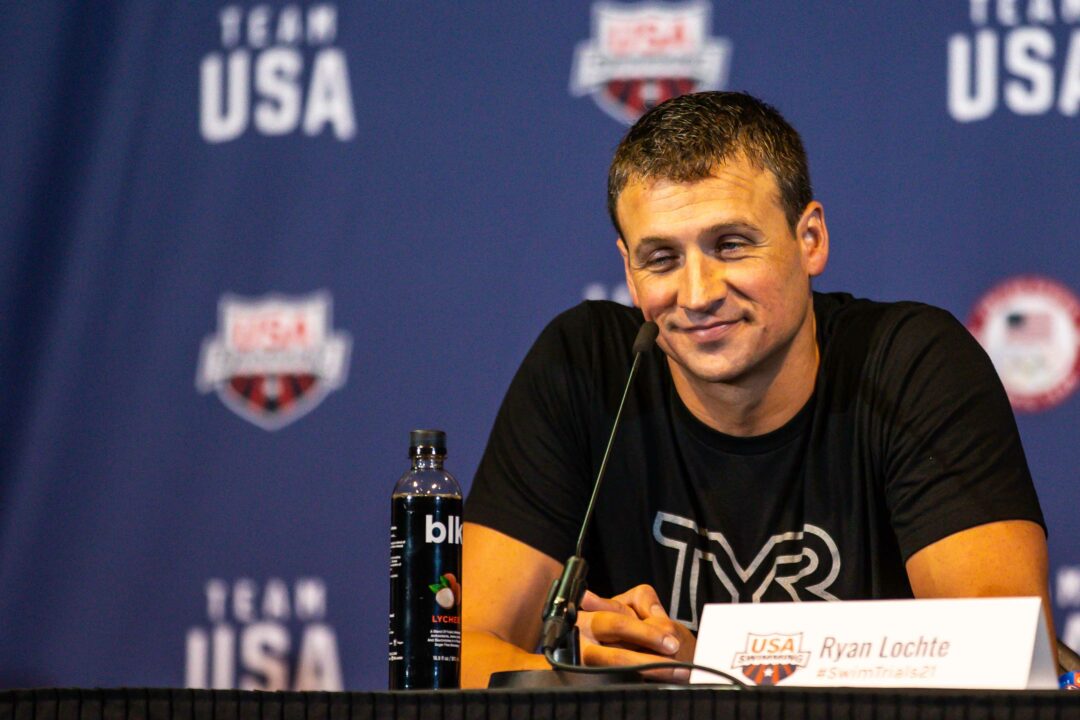 Several Olympians, including 12-time Olympic medalist Ryan Lochte competed in the Flowers Sea Swim on June 11. The race, which was held in the Cayman Islands featured a one mile open water course along Seven Mile Beach off of Grand Cayman.

The women’s event notably was won by: Harper Barrowman, whose dad Mike Barrowman won gold in the 200 breaststroke at the 1992 Olympic Games. Harper Barrowman finished the race in a time of 20:46.14, coming in only a second behind overall winners Jake Bailey and Dominic Hilton’s winning time of 20:45.21.

The full list of Olympians who competed in the race, along with their placements overall is as follows:

Lochte is the most decorated of the Olympians who competed, owning 12 Olympic medals including 6 golds. He represented the United States at the 2004, 2008, 2012, and 2016 Olympic Games, and is still actively competing in the sport.

Shaune and Brett Frasier are brothers who both represented the Cayman Islands at multiple Olympic Games, acting as the flag bearers for the country at the London 2012 Olympics. Shaune competed at the Olympics in 2004, 2008, and 2012, while Brett swam at the 2008, 2012, and 2020 Olympic Games. Both swimmers competed at the NCAA level for the University of Florida under Gregg Troy and alongside Lochte. Notably, Shaune earned two NCAA titles and 27 all-American honors during his NCAA career, the most in Florida history at the time.

Mckay also represented the Cayman Islands at the 2004 Olympic Games, becoming the first swimmer from the country to qualify for the Olympics back in 2003. Butler swam at the 2016 Olympic Games in Rio, representing the Cayman Islands. Mew was a two-time finalist at the Olympics for Great Britain, qualifying for the 4×100 medley relay final in 2000 and the 100 breaststroke final in 2004.

Schoeman didn’t swim in Rio? (I know because I was there, saw him, and said, “Wish you were swimming!”)

Yes, thank you for the correction.

O good. I was just thinking it had been a little while since we’ve had a Ryan Lochte article.

Seems like a lot smaller roster. I went one year. It was beautiful. Amazing place in the world. That year they had Gary Hall, Gary Hall Jr., Ian Crocker, Megan Jendrick, Brooke Bennett, Allison Schmitt, quite a few more… wonder what got in the way this year