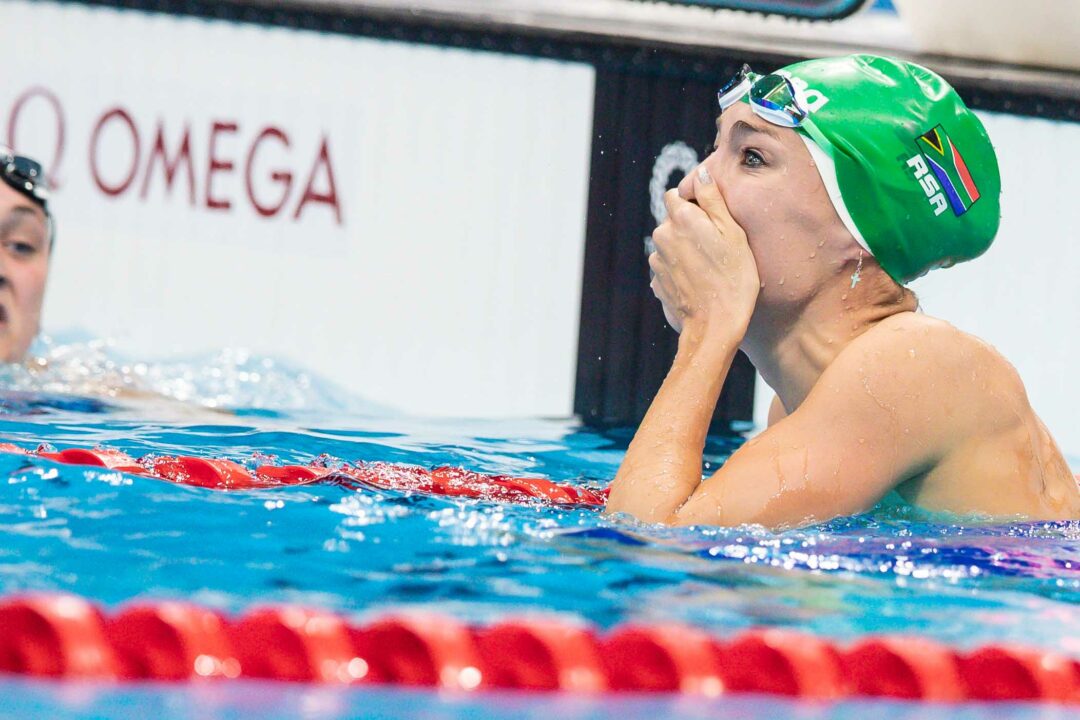 Tatjana Schoenmaker was one of just five swimmers to set an individual long course world record in 2021, doing so in the Olympic final no less. Archive photo via Jack Spitser/Spitser Photography

As 2021 is coming to an end, Instagram’s Swimming Stats page has published the list of all world records set in 2021, both in long course and short course. Let’s take a look at what’s interesting about them.

In long course, we have seen 10 world records this year, six being in individual events and four in relay events. They were set across just three meets: the European Championships (three), the Australian Olympic Trials (one), and the Olympic Games (six). It is a clear evolution in comparison to 2020, when only one world record was set.

Compared to some previous Olympic years, curiously 10 world records were also set in 2012 and in 2016. It is also the exact same number of world records established in 2019, the year before the COVID pandemic.

Kliment Kolesnikov has been the only swimmer to set two individual world records, although he did so in the same event, the men’s 50 backstroke. In the men’s 4×100 medley relay, the United States team broke one of the oldest world records on the books, which had been held by the American team since 2009.

At the Tokyo Games, Caeleb Dressel (men’s 100 butterfly) and Tatjana Schoenmaker (women’s 200 breaststroke) were the only two swimmers to set an individual world record in the Olympic final en route to winning gold.

In short course, 14 world records have been set in 2021, 11 coming in individual events and three in relay events. It also represents an increase in comparison to 2020, when 11 world records were set.

(Note that the last world record set this year, by Emre Sakci in the men’s 50 breaststroke, is not listed on the Swimming Stats’ post, since the list was posted before Sakci’s swim on December 27.)

Ilya Shymanovich has been the only swimmer who has set more than one world record individually. During the World Cup, Kyle Chalmers broke the men’s 100 freestyle world record, which was standing for almost thirteen years, since 2008 by Frenchman Amaury Leveaux, one of the longest standing swimming world records of all time in short course meters.

It is worth noting that three world records have been set in 2021 by equaling previous standards: the men’s 50 breaststroke and 50 butterfly, and the women’s 4×50 medley relay.

Pretty sure it’s MX for mixed.