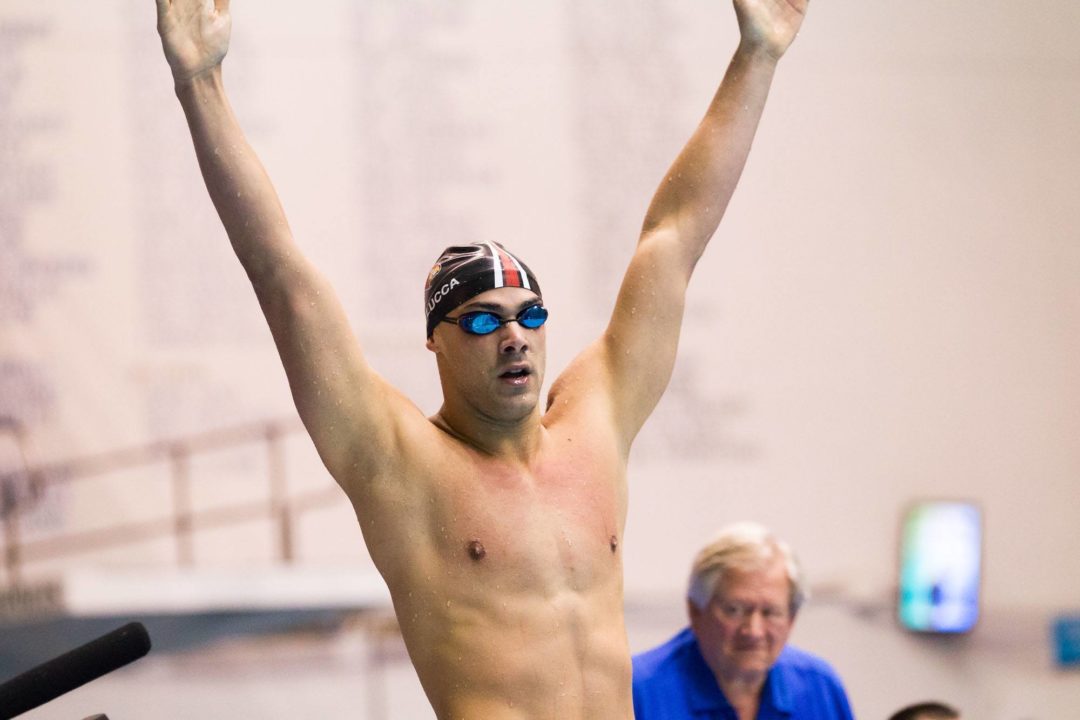 The University of Louisville men’s swimming and diving team qualified a school record seven athletes in 11 events for the...

The University of Louisville men’s swimming and diving team qualified a school record seven athletes in 11 events for the NCAA Men’s Swimming and Diving Championships to be held in Austin, Texas running March 27-29 on the campus of the University of Texas.

Divers could join this group, pending the results at the NCAA Zone Qualifying meets.

“We are excited about having qualified a good group who will represent our men’s program at a high level,” said UofL head coach Arthur Albiero. “This has been a very fast year across the board for men’s swimming and we are looking forward to the opportunity to measure our squad against  the rest of the country.”

De Lucca looks to defend his 200 free national crown of a year ago, and hopes to improve his last year’s third place finish in the 100 free.  He won the 50, 100 and 200 at The American Championships in February.

Addison Bray was second and third in the 100 breast and 200 breast respectively at The Americans and qualified with a 1:54.89 in the 200 breast.

Freshman Aaron Greene finished third in the 100 back and second in the 200 back at The Americans.

Fellow freshman and backstroker Grigory Tarasevich set a school record in the 200 back and swept both backstroke events at The Americans as well as swimming on the winning 400 Medley and the  200 Medley Relay.