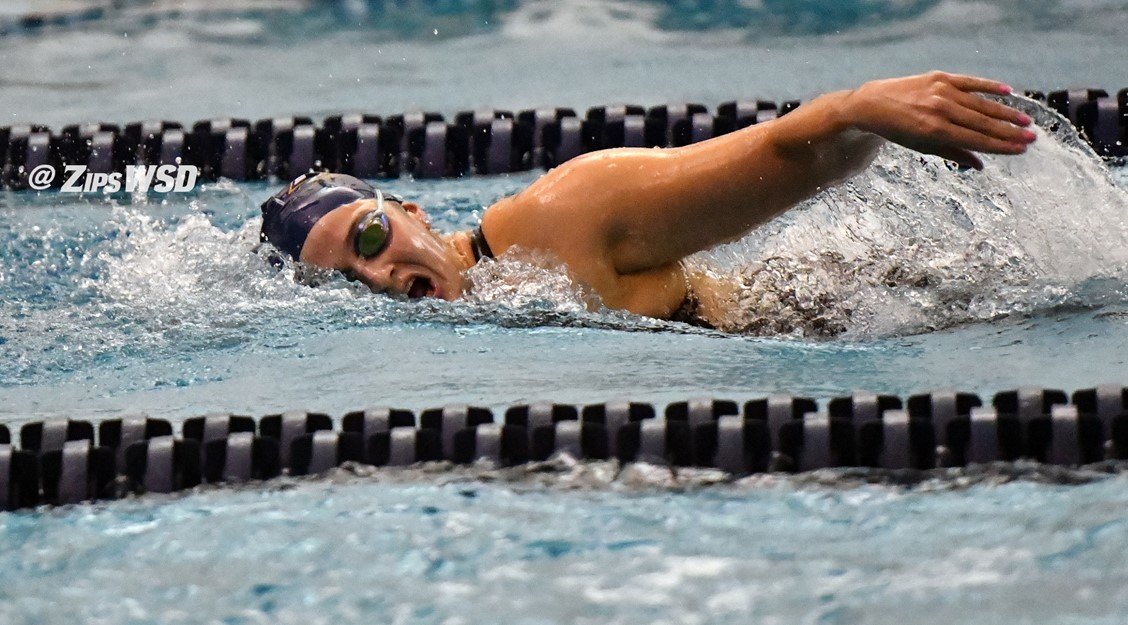 Akron and IU maintained their leads in the women’s and men’s team battles respectively on the last day of the CSCAA National Invite, each taking home the team title. On the final day of competition, there were only two teams that had multiple event winners: Cal Baptist picked up two individual men’s events and the men’s 400 free relay, and IU picked up one men’s and one women’s event. Additionally, there was another huge load of meet records that came down on day 3.

Cal Baptist picked up individual wins in the men’s 100 free and 200 breast, as well as the men’s 400 free relay. In the 100 free, Cal Baptist’s Jerome Heidrich threw down a new meet of 43.08 to take the event by half a second. His time was about 2-tenths of a second off his season best, but it was his 2nd fastest performance of his career. Eric Tolman was CBU’s other individual event winner, blasting a lifetime best, meet record, pool record, and CBU school record of 1:53.96 in the 200 breast. He dominated in the event, winning by over 2 seconds. Also, his time was faster than it took to qualify for NCAAs this season (1:54.04). The Lancers finished out their meet with a win, new school record, and meet record in the 400 free relay. Heidrich (43.40), Josh Walters (43.49), Brandon Schuster (44.89), and Jacob Leahy (42.61) combined for a 2:54.39. Additionally, Leahy’s split was the fastest in the field, and the only split under 43 seconds.

IU first took the men’s 200 back, when Jacob Steele posted a 1:42.84 to set new meet and pool records. That time was well off his season best of 1:41.5, but he still managed to win the event by over a second. Abigail Kirkpatrick was IU’s other event winner, swimming a season best 2:11.08 to win the women’s 200 breast. She took the event by nearly 2 seconds, and undercut her previous season best by half a second.

Ohio State’s Alex Dillmann also swam a season best, taking the men’s 200 fly in 1:43.49. Dillman broke the meet and pool record with his swim, edging out IU’s Cory Goombardella by .26 seconds. Goombardella was off his season best of 1:42.67, but he touched 2 seconds ahead of the next fastest swimmer in the field. Akron’s Morgan Waggoner won the women’s 100 free, after throwing down some really quick relay splits all weekend. Waggoner swam a 49.39, good to win the event by well over half a second, but it was off her season best of 48.94.

Cory Goombardella is the fastest 200 flyer on the planet, he only lost that race because he waited until the rest of the field did a 25 before he started his race

More teams, faster swims. This meet continues to improve. No doubt getting “exempt” status helps. Providing a national meet for those that don’t qualify/aren’t invited to NCAAs was a long time coming. More Power 5 programs participating — Ohio State, Indiana, TCU, Vanderbilt, and South Carolina — is positive too. A significant number of swimmers at Power 5 programs do not make NCAAs and this meet provides an opportunity for those programs to further build and develop their teams.