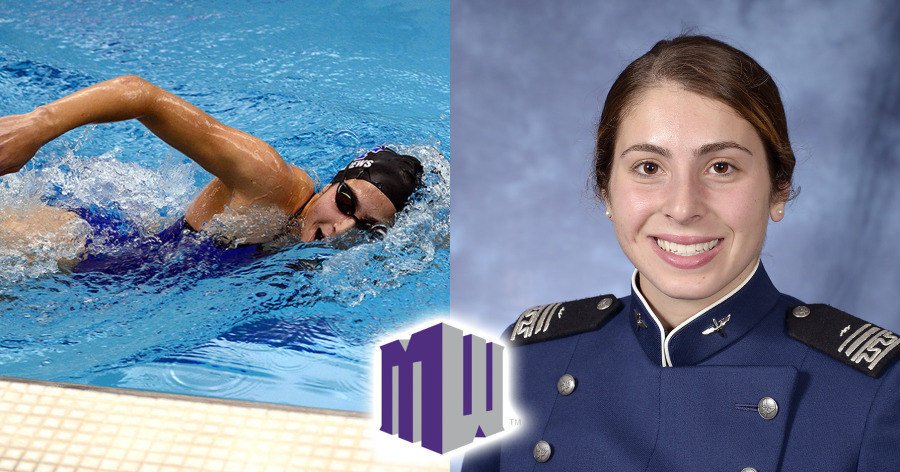 Established by the Mountain West Joint Council in 1999, the MW Scholar-Athlete of the Year Award is the highest honor presented to a student-athlete by the Conference. The award is bestowed annually to one male and one female who best exemplify the term “student-athlete” by achieving excellence in academics, athletics and community involvement over the course of their intercollegiate career. In addition to athletic achievement, recipients of the MW Scholar-Athlete of the Year Award must have a minimum 3.5 cumulative grade point average, demonstrate leadership, and exhibit good character and conduct on and off the playing field. Each honoree will receive a $2,500 postgraduate scholarship.

Andrews, who was named team captain for the 2017-18 season, not only set several school records, but also excelled in the classroom. Andrews holds the school record in the 100-freestyle, 200-freestyle, 800-freestyle relay and is currently on Air Force’s top 10 list in seven events overall. The Sussex, New Jersey, native majored in systems electrical engineering and carried a GPA of 3.72, ranking her 22nd out of 1,008 in her graduating class. Andrews also made the Dean’s List all four years, Superintendent’s List in 2015-18, Athletic Director’s Honor Roll in 2014-18 and won the Lindsey Brown Sportsmanship Award. Andrews has been named Academic All-Mountain West since 2016 and was the winner of the Mountain West Senior Recognition Award this past year. In addition, she visited five schools in New Jersey and Colorado serving as a STEM (science, technology, engineering and math) spokesperson talking about the importance of math and science education. Since graduating, Andrews was selected to be one of six cadets to spend three weeks shadowing daily operations at Ramstein Air Force Base to learn about operations in Europe and Southwest Asia.