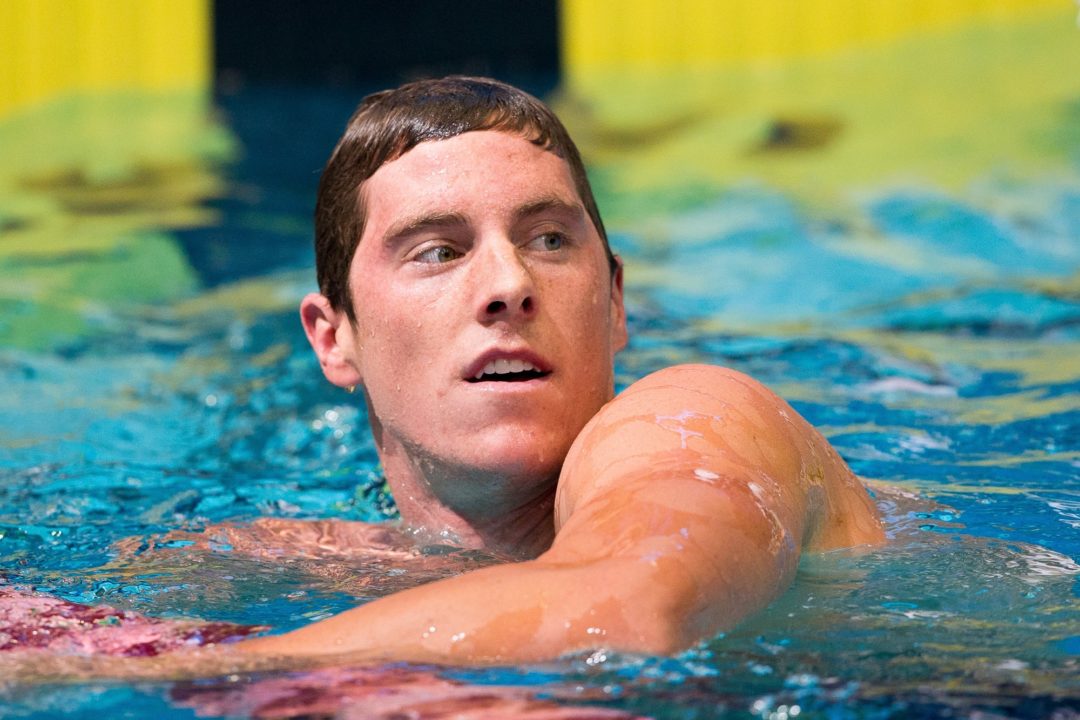 Training partners Conor Dwyer and Yannick Agnel are tied as the top money-earners on the Grand Prix after 2 of 6 stops. Each has taken in $2700. Archive photo via Tim Binning/TheSwimPictures.com

With two of the six stops completed on the Arena Grand Prix circuit, Yannick Agnel has pulled into a tie with Conor Dwyer atop the series points standings. Megan Romano maintains her lead on the women’s side, although Caitlin Leverenz and Katie Ledecky have narrowed the gap significantly.

Dwyer and Agnel have both earned $2700 over the course of the circuit, while Romano has taken in $2450.

The “money-earned” statistic also doubles as a series points standings. Each event pays out $500 to the winner $300 to second place and $100 to third, with each of those earnings counting as a corresponding point value – 5 points for first, 3 for second and 1 for third.

In addition to the prize money itself, the top male and female finishers in series points at the end of the circuit will win a 1-year lease of a brand-new BMW. If that’s not incentive to win the points, we’re not sure what would be.

Dwyer and Romano both led the standings after the Grand Prix circuit’s first stop in Minneapolis last fall and did enough in Austin to maintain the top spot even though neither of them were the big money winners at the second stop.

Of course, some athletes did not accept their prize money to maintain amateurism status, as is the case for current college swimmers or those who plan to swim in the NCAA down the road. That’s why this list is of money-earners, not money-takers. If the top finisher in the points standings can’t accept the BMW prize, it will go to the next swimmer down the list.

Caitlin Leverenz also made a big charge over the weekend, winning $1000 after taking in $1100 in Minneapolis. She sits second on the women’s side, just three points behind Romano. Ledecky is tied for third despite not competing at the first Grand Prix event.

Ok. Clary can say goodbye to the car. I’m sure he wanted it badly.
Dwyer and Agnel are the big favorites on the men’s side.
And seriously, it’s not much money for these amazing swimmers.
1800 $
1300 $
Wow. It’s very unfair when we know all the hours spent in the water almost every day of the year.

So is it just one year rights to drive the car and then you have to return it?

Good question.
I didn’t notice that.
It would not be very nice.

And who pays the insurance? I wonder if this prize is more trouble than it’s worth.