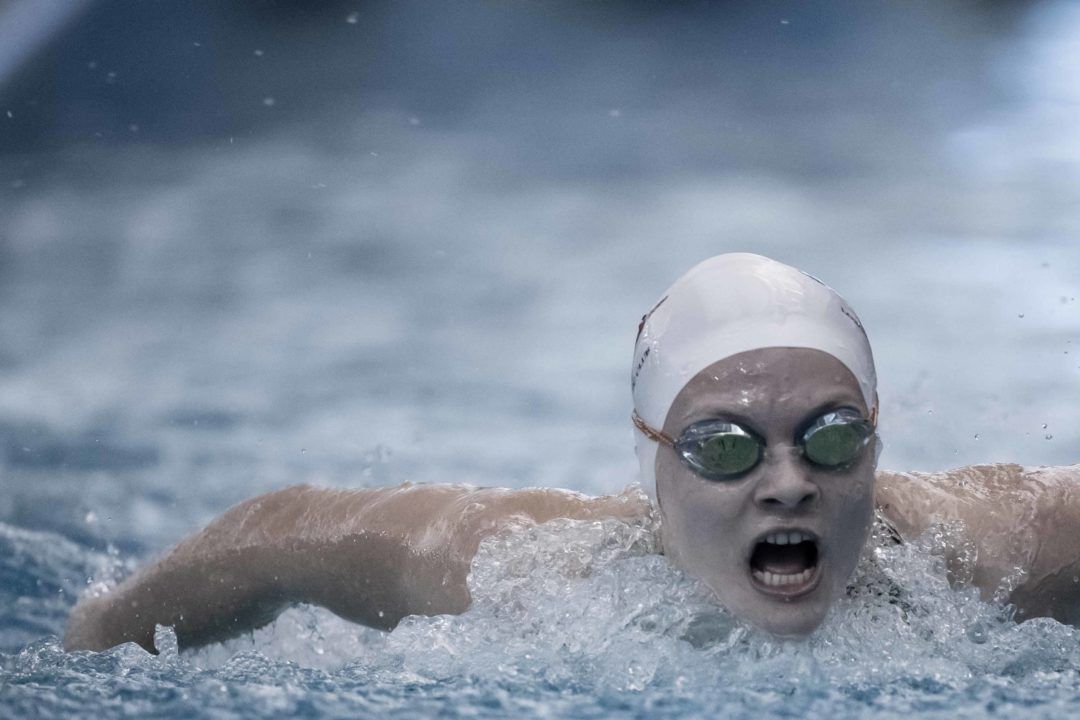 Gormsen, who recently qualified for her first Olympic Trials at only 15 years-old, swam a total of seven events over the two day meet, coming out with best times in two of them.

On Friday, Gormsen began her weekend with her specialty distance events, competing in the 1650 freestyle, while going for a legal-split in the 1000 freestyle. In the mixed gender 1650, Gormsen finished 4th overall in a time of 16:07.79, which was only about 8 seconds off her personal best of 15:58.97 that she set earlier this season. With her best time, Gormsen ranks 3rd in the country this season across all age-groups in the event.

During the 1650, Gormsen went for a legal-split time in the 1000 freestyle, flipping in a time of 9:46.46. This was slightly off of her best time of 9:35.18 that she set in November, which is currently ranked 3rd in the country across all age-groups as well.

The next morning, Gormsen started off by swimming the 200 freestyle, finishing 7th overall in the mixed event in a time of 1:46.80. This came within a second of her best time of 1:46.18, which currently ranks 6th in the country in the 15-16 age group for this season.

After that, Gormsen finished out her weekend by swimming the 200 butterfly, where she finished in a time of 2:04.06. This was slightly off of her best time, which stands at a 2:00.05.