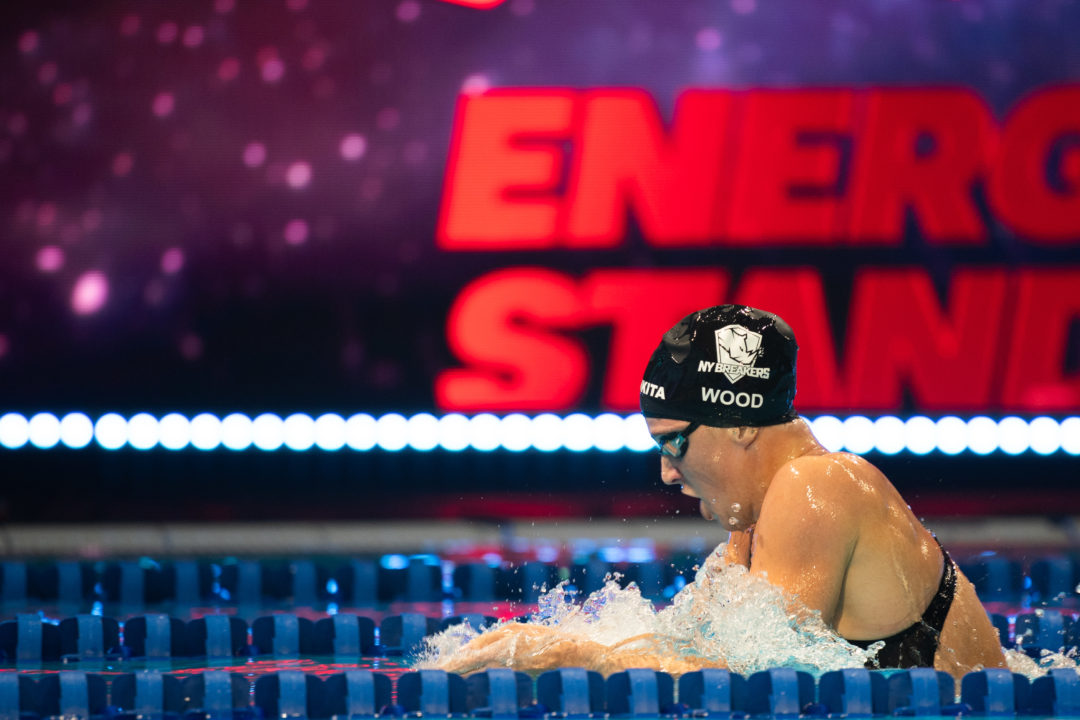 Abbie Wood of the New York Breakers swam a new best time and British Record to win her first career 200 IM in the International Swimming League.

Abbie Wood, one of many swimmers having a breakout in the 2020 International Swimming League season, has cracked the British Record in the women’s 200 IM. Her 2:04.77 on Sunday swimming for the New York Breakers broke the old record of 2:05.13 done by Siobhan-Marie O’Connor in 2015.

That old record-setting swim by O’Connor was done when she was at the peak of her career. While she was only 19 at the time, that year she took silver at the World Championships in the 200 IM in long course.

Now Wood, who turned 21 earlier this year, has snatched away that record. She’s now the 3rd-fastest European ever in the event, and if she dropped 2 more tenths that would land her among the top 9 performers in history.

Improvements in the breaststroke leg of this race have really been the difference-maker for Wood as she’s risen to the elite international ranks. She’s always been a very good butterflier, and always had the endurance to finish the race well on freestyle, but her breaststroke improvements have lifted her to the next level. This is unexpected to some degree, because breaststroke is her best event individually, but when her long course best went from 2:12 to 2:11, it was actually her breaststroke that saw the biggest drop.

In long course, Wood’s best 200 IM of 2:11.65 was done last April at Great Britain’s World Championship Trials, though that didn’t meet the country’s lofty standards for qualification for the team.

She broke out on fire early this season, going 2:11.77 in February and 2:11.78 at separate long course meets before the coronavirus pandemic wound up shutting down swimming across the country.

Those early-season swims, combined with her ISL performances, should give the British coaches the motivation to select Wood for the Tokyo Olympic Team, swimming alongside O’Connor, who placed 7th at last year’s World Championships.

Abbie has also put in several 52+ 100m free relay splits over the course of this competition. You’d have to believe that she has even more to shave off on the freestyle part of the 200IM

especially considering she went only a few tenths slower on the backstroke leg!

Abbie Wood has never been a good backstroker, it was always her worst stroke and breast possibly her best. She has now made clear improvements on her back though and really doesn’t appear to have a weak stroke at all.

going to be difficult if British Swimming doesn’t have Olympic trials because Abbie Wood came third at last years Trials behind Alica Wilson. If picked on ISL performance not really fair on her as she has not been able to swim yet and who knows what would happen on the day. But still a great performance by Abbie