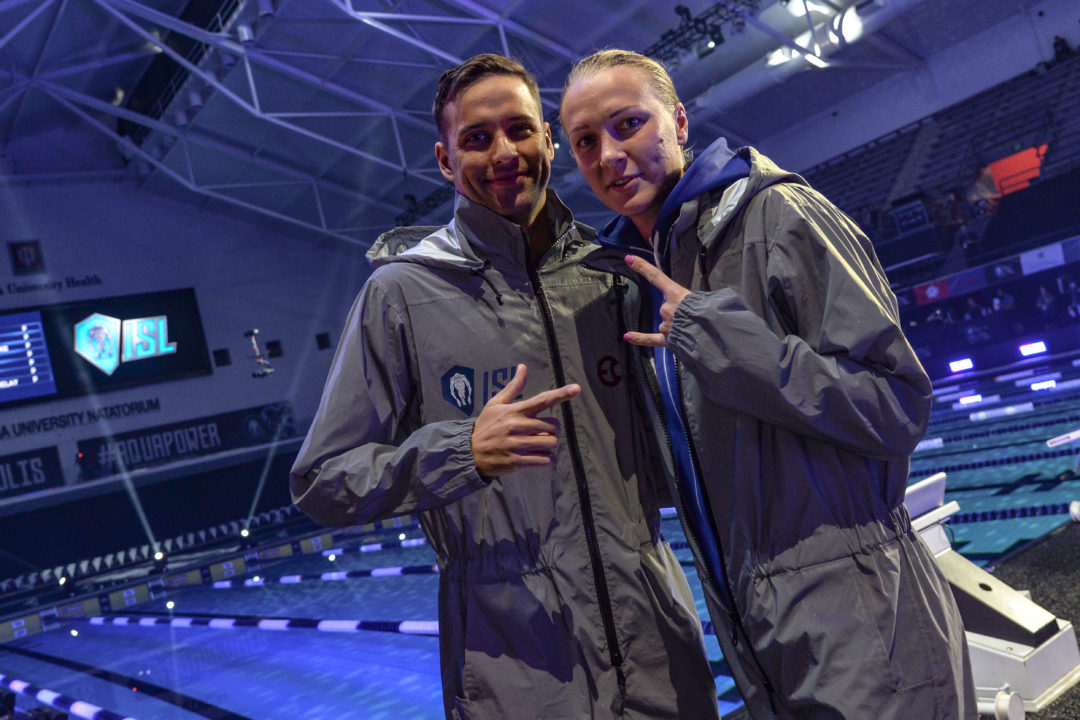 Eight out of the ten ISL teams have officially announced their captains and vice-captains ahead of the 2020 season.

Under league rules, teams are required to have captains, although their function isn’t specifically described. With this, teams are left up to determine what they want their captains’ responsibilities to be.

The league’s two newest teams, the Toronto Titans and the Tokyo Frog Kings have not responded to a request for their 2020 captains.

Both Energy Standard and London Roar did not differentiate between captain and vice-captain. Additionally, the Roar has announced that it will continue its practice of rotating captains for each meet, with Pickrem and Peaty being their overall season-long captains.

A majority of the captains are returning to their roles from last season. Dressel, Sjostrom, le Clos, Smoliga, Hosszu, Pellegrini, and Andrew were all either captains or vice-captains for their respective teams last year.

Two teams, the LA Current and the DC Trident have had to replace both of their captains from last season.

LA was led by Americans Nathan Adrian and Annie Lazor during the 2019 season. However, Adrian decided not to compete in the ISL this year due to the pandemic as he had testicular cancer in 2018 and he recently announced that he and his wife are expecting their first child in February. Lazor will be competing in the ISL as a member of the London Roar this season, and it is unknown whether she’ll be named a captain for one of their meets.

Both of the Trident’s former captains, Cody Miller and Natalie Coughlin, decided not to compete this season. Like Adrian, Miller is also expecting his first child alongside his wife Ally, which resulted in him pulling out of the season. Coughlin, who appeared to retire from competitive swimming in 2016 re-surfaced as a member of the Trident last season. However, she does not appear to be pursuing it any further at this time.

The ISL’s second season begins on October 16, with the regular season running through November 15 in Budapest, Hungry.  The top 8 teams will then advance to the semi-finals, which will begin on November 19. The top 4 teams after that will meet for the league finals at a later date that has yet to be determined.

Whoops didn’t see that it already mentioned them