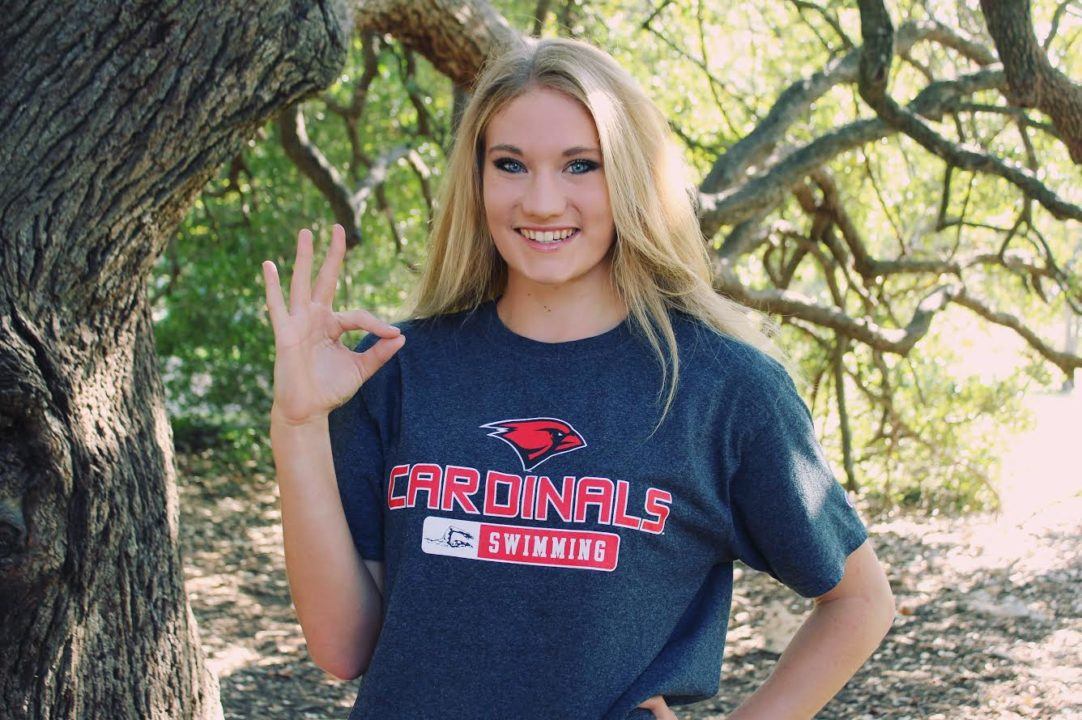 When she arrives at UIW, Phillips should have an immediate scoring impact for the team at the CCSA Championships, as her best time in the 100 fly would've qualified for the championship final last season. Current photo via Cassie Phillips

The University of Incarnate Word will be getting a new addition to its butterfly group next season, as Cassie Phillips has just given her verbal commitment to join the women next fall. Phillips is currently a senior at Round Rock High School and trains club with the Aquatex Swim Team.

Phillips has qualified to compete at the Texas 6A State Meet every season since she started as a freshman at Round Rock, where she’s now a team captain. Most recently, she was a finalist in the 100 fly at the 2015 meet as a junior. She swam her personal best 55.42 in the 100 fly at that meet to finish 6th overall. Following her performances in the 2015-16 season, Phillips was named a NISCA All-American.

If you have a commitment to report, please send an email with a picture and quote to [email protected]

The University of Incarnate Word is getting a great kid, and a very talented swimmer with high ceiling. We watched Cassie swim since she was 9 in our summer league swim team, some years being a swim buddy to our youngest daughter and sometimes showering her after meets. Before she leaves for college, Cassie will lead Round Rock High School team (and our freshman son) to District Championship in January, after years of Westwood HS domination. Pay back time!