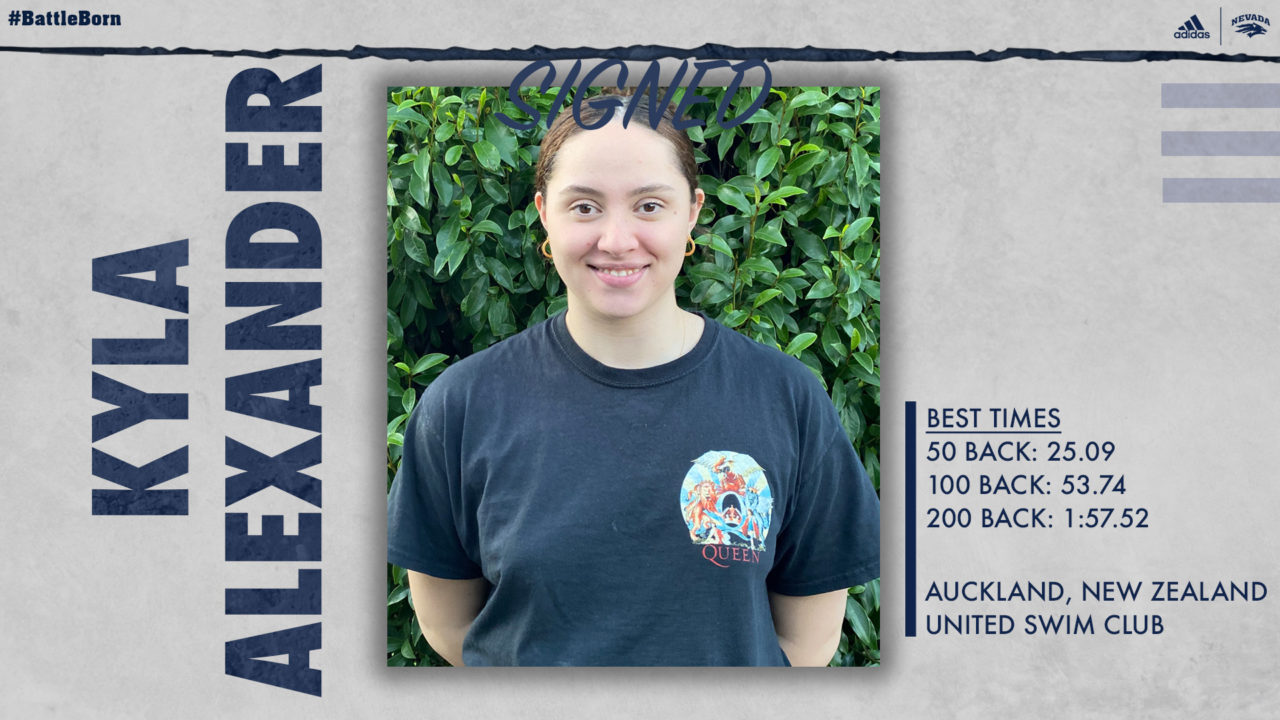 Alexander, whose best times would have been worth over 50 points at last year's Mountain West Conference Championship meet, swam 1 season at Louisville.

The Nevada Wolf Pack have announced the signing of New Zealand swimmer Kyla Alexander, who will join the team in the fall of 2020. Alexander is a transfer from the University of Louisville, where she swam last season as a freshman.

Nevada has a very international roster, with 9 non-American swimmers on their 2019-2020 roster. That includes another Kiwi, rising junior Mikayla Dance, who comes from the same United Swimming Club that Alexander grew up training with in New Zealand.

While Alexander wasn’t a part of Louisville’s roster at last year’s ACC Championships, she projects to make an immediate impact on Nevada’s prospects in the Mountain West. Her freshman-best time in the 100 back would have placed 4th at the Mountain West Conference Championship meet last season, and her best time in the 200 back would have placed 5th. She’ll join a Nevada backstroke training group that is one of the team’s strongest, with Mountain West A-finalists Kate Afanasyeva and Kacey Kiuchi both returning next season.