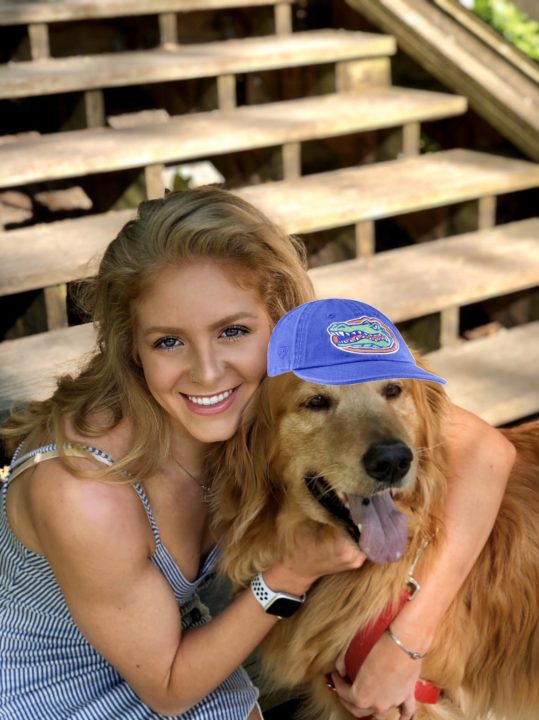 Former University of Louisville swimmer Annette Schultz has announced that she will transfer to the University of Florida for the 2020-2021 season after a season-and-a-half with the Cardinals. She is expected to have 2 remaining seasons of eligibility left.

A native of Dexter, Michigan, Schultz was a 5-time Michigan High School State Champion (D3 – small schools), including 3-straight titles in the 200 free.

After a full freshman season, Schultz swam through the Purdue Invite in her sophomore season, but made no appearances for the Cardinals in the spring semester.

After substantial drops in the fall semester of her freshman season, Schultze did not participate at the ACC Championships in her first year of college. Her times regressed during her sophomore season.

At the University of Florida, she will be in a position to score immediately for the Gators, if she can recapture her top form. Specifically, her best time in the 100 free would have eked into the C final at the 2020 SEC Championships. With half of their 400 free relay from last season graduating, Florida will be in need of new depth in their sprint group.

Super excited to announce my transfer to the University of Florida! Ready to start my journey academically and athletically! All love to my swim family in Louisville for the past 2 years of pure love and support ❤️Go Gators!!!🐊🐊 #gogators #L1C4 pic.twitter.com/A1E7J603Ml

Annette’s younger sister Charlotte is also a swimmer, but has not yet announced a college commitment.