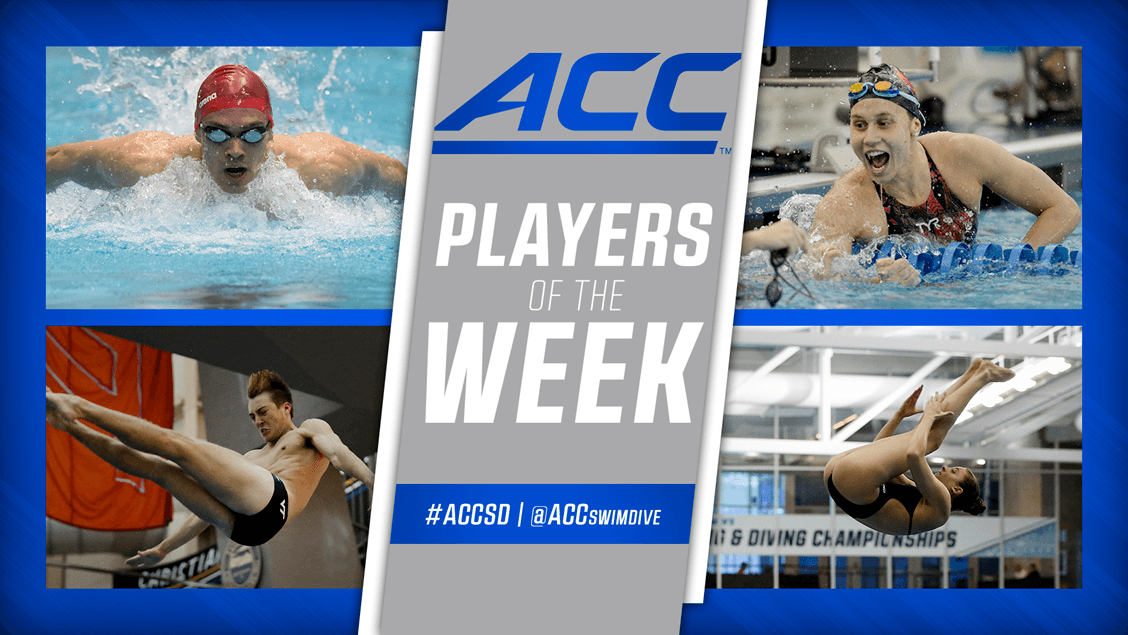 Vazaios was key in NC State’s 198.5-99.5 win over South Carolina. The senior from Athens, Greece, won the 200 free, 200 IM and 200 back. Vazaios was part of the 400 free relay along with teammates Cobe Garcia, Noah Hensley and Justin Ress that placed first, and was also on the second-place 200 medley relay squad.

Comerford turned in a stellar performance as Louisville finished in first place at the SMU Classic, defeating No. 10 Virginia and No. 11 USC in the process. The senior from Kalamazoo, Michigan, placed first in all six events she competed in, winning the 100 free, 200 free, 500 free, 200 free relay, 400 medley relay and the 800 free relay. Comerford teamed up with in the Alina Kendzior, Mariia Astashkina, and Grace Oglesby in the 400 medley relay to post an NCAA automatic-qualifying time of 3:31.45.

Dusel shined at the SMU Classic for Virginia, tying for the diving point total lead with fellow ACC diver Alicia Blagg from Miami. The junior from Naperville, Illinois, won the 3-meter competition with a score of 319.55, and placed second on the 1-meter by posting a score of 295.60.