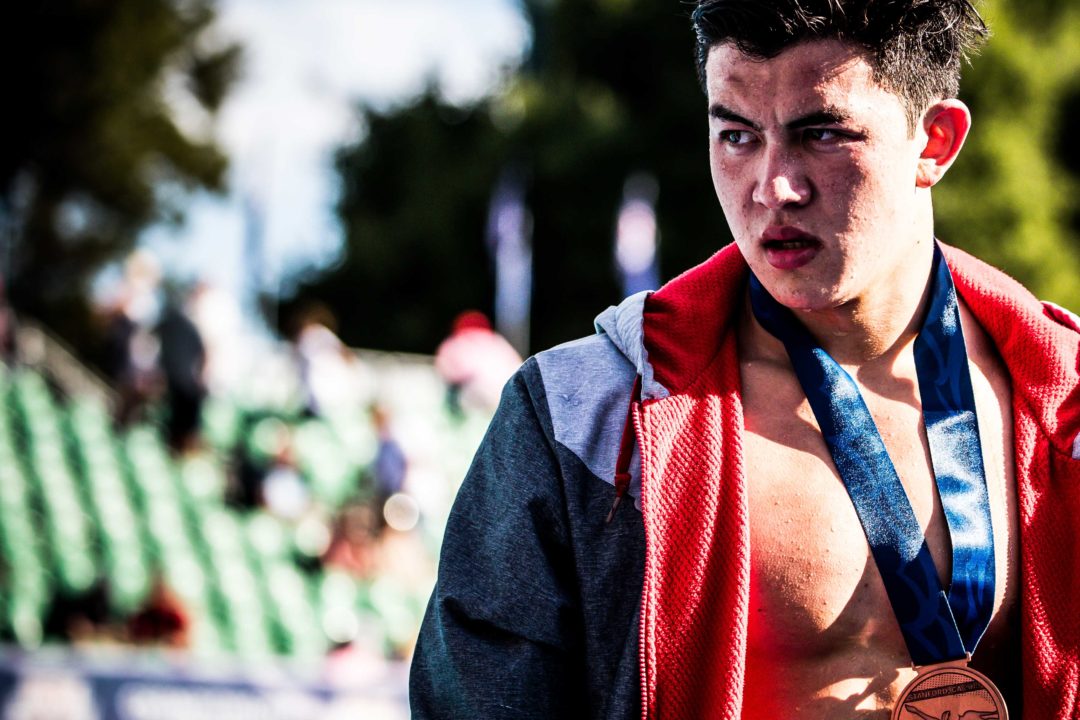 The Freedom Pool is an outdoor auxiliary pool at the Nassau County Aquatic Center that in totality hosted the 2017 US Open and Junior National Championships. The meet is essentially a dual meet between the hosts from LIAC and the Badger Swim Club: two of the top-performing teams in the state.

Racing kicked off his meet on Thursday with USA Swimming National Junior Teamer Matthew Fenlon winning the first event of the day, the 200 fly, in 2:00.95.

The rising high school senior and Stanford commit is the defending Winter Junior Easts Champion in the 200 fly and has a best time of 1:57.3 in long course.

Fenlon trains with the Badger Swim Club, and was the team’s lone winner on day 1 of the meet.

LIAC’s Tess Howley, who is also a member of the National Junior Team in this 200 fly, was the top female finisher in 2:10.74. That’s just half-a-second off her lifetime best in the event.

Howley later also won the girls’ 50 free, swimming 26.61, which was just a tenth short of her best time in the event.

As we’ve seen throughout the country post-restart, there were lots of time drops on day 1 of the meet, in spite of the training disruptions over the last few months. At this meet, not many of those came from event winners, with the primary exception being the boys’ 50 free, where LIAC 18-year old Billy Swartwout won in 24.30.

That whacked almost a second off his previous best time of 25.15. The Princeton commit is the defending New York High School State Champion in the 100 back. He’ll swim that event later in the meet, where he’s about a second-and-a-half away from the US Olympic Trials time standard (58.25 vs. 56.59).

Other Day 1 Winners and Notables:

I think you meant national junior team, not national team.

Congrats Ryan! Glad to see you training for OMAHA!!!