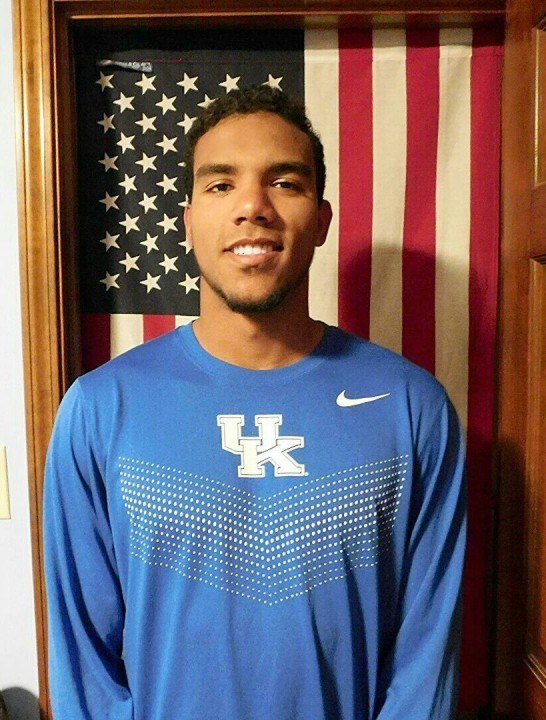 Alex Taylor (Brookwood High School), Georgia 6A State champion in the 200 IM last season, has committed to the University of... Current photo via Alex Taylor

Alex Taylor (Brookwood High School), Georgia 6A State champion in the 200 IM last season, has committed to the University of Kentucky. Taylor is the two-time defending champion in the event.

Taylor has a lot of speed in a lot of events, but his 200 IM is what really boosts his value as a recruit. In the 200m IM at Junior Nationals this summer, Taylor grabbed 5th in the B final (2:05.86). He currently competes for SwimAtlanta, and trains at the Lawrenceville location.

Taylor would have been the Wildcats 2nd-best 200 IMer last season, and they have since graduated Brent Dillon, their top IMer in 2015. Dillon stood alone under the 1:52 mark of all the Wildcat IMers with his 1:48.30 at SEC Champs. Taylor also would’ve been Kentucky’s 3rd best 50 freestyler and 100 breaststroker last season.

With his versatility, Kentucky can put Taylor where they need him. Last year, Dillon tied for 24th in the 200 IM and lost the swim off to get into the C final, so the Wildcats were unable to get anyone into scoring position in that event. Taylor is two tenths off of Dillon’s time at SECs, so he’s right on the C Final bubble in that event. Kentucky is a program in the lower tiers of the SEC, but additions like Taylor will help them move up in the near future. The Wildcats need individual scorers stat, and in addition to Taylor, they have another capable freshman coming in. Wyatt Amdor has what it takes to score in the 100 breast already, and is close to scoring in the 200 breast.

Also in the class of 2020 is the versatile Glen Brown and Taylor’s former teammate John Mitchell.

I had a really good feeling about Kentucky the whole time I was there. The team is great and just the atmosphere of the place got me excited. My former team mate Haley McInerny is a freshman there this year and I will also be joined by one of my old training partners, commit John Mitchell.

Taylor says he is “hoping to win a couple individual state titles this year and break some records while doing it.”