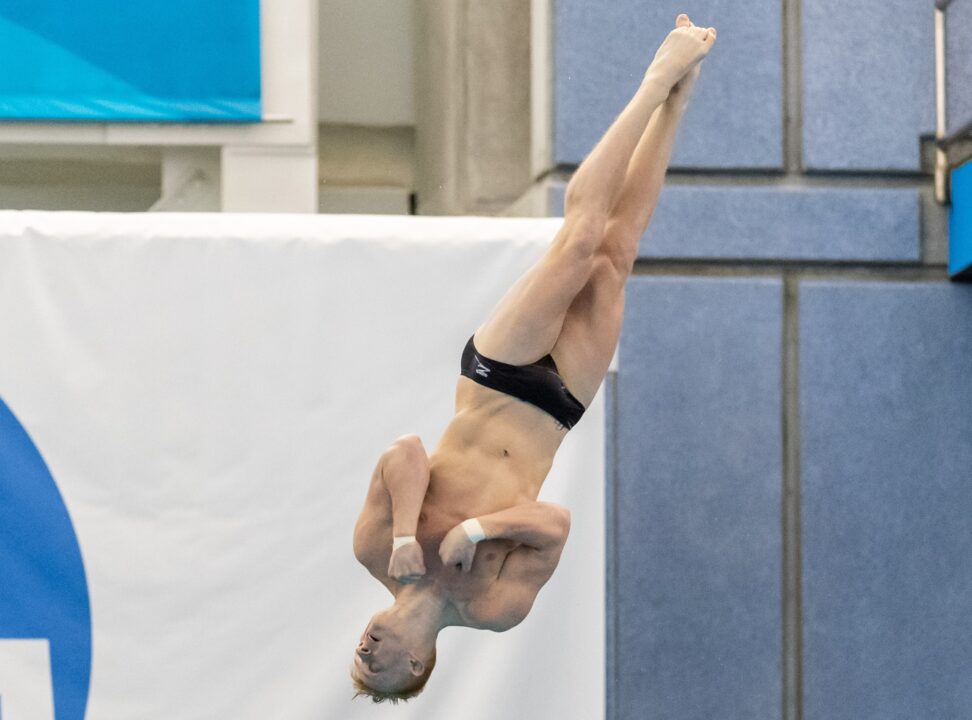 Reigning NCAA champion Andrew Capobianco was one of three Indiana men and six total divers who qualified for NCAAs at the Zone C Championships. Archive photo via NCAA Photos

Nine NCAA spots were available in this event, with two more top-16 finishers from the 2021 NCAAs earning a spot in the form of Ohio State’s Mackenzie Crawford and Kentucky’s Kyndal Knight. Knight was 11th at the 2021 NCAAs in the 1-meter, and Crawford was 16th.

Indiana, Ohio State and Purdue flexed their diving muscles on the men’s side, with the Hoosiers putting three men into the top four of the 3-meter event and the Buckeyes qualifying four divers overall. Purdue got the other two, including Tokyo Olympian Tyler Downs.

2020 Olympic medalist Andrew Capobianco, the reigning NCAA champion in this event, was one of the three Indiana divers to qualify for NCAAs, though he finished fourth overall, trailing freshman teammates Carson Tyler and Quentin Henninger, along with Downs.

OSU fifth-year Jacob Siler, who was seventh in the 3-meter at the 2021 NCAAs, was one of the four Buckeye qualifiers.

Reimbursed divers are in bold, with invited-but-not-reimbursed divers in non-bold. You can read more about the distinction below. As the meet goes on, it’s possible a diver loses their reimbursement based on the priority table.