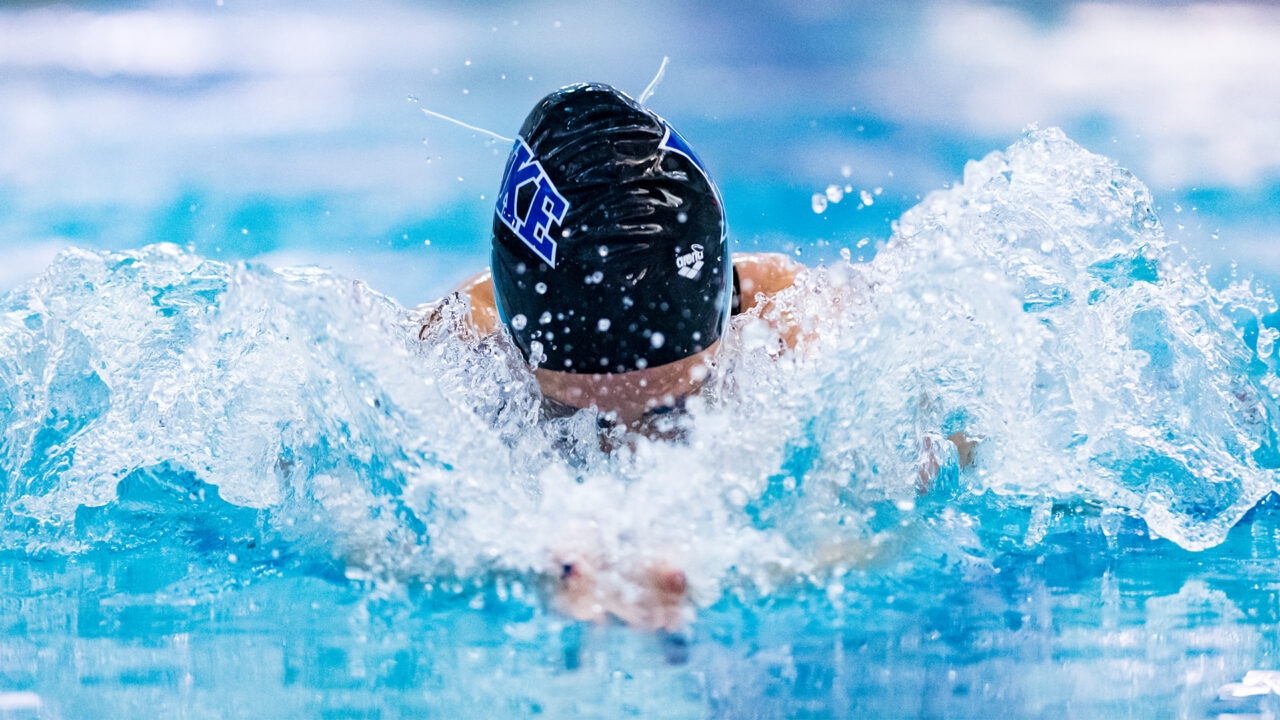 Duke's Sarah Foley dropped two seconds on the day to finish 8th in the 200 freestyle, highlighting swims you may have missed on Day 3 of the U.S. Open. Archive photo via Duke Athletics

Duke’s Sarah Foley has been living up to the hype so far in yards this season, and she just dropped big in her 200-meter freestyle. She came into the meet with a lifetime best of 2:03.34 from July 2022. In prelims, she blasted 2:01.87, qualifying eighth for the ‘A’ final. While she didn’t move up in the heat, she did drop more time, hitting 2:01.36. That’s a nearly two second drop on the day for her.

Foley was out much faster in finals than she was for her previous best. In July, she turned at the halfway point in 1:00.18. Here in Greensboro, she split 58.55. Her lifetime best in the 100-meter free is a 56.65 from the same meet, so keep an eye on her to drop big time in that event on Day 4.

Leah Shackley Qualifies For Olympic Trials in 100 Back

The big fireworks in the women’s 100 back came from Regan Smith‘s 57.95 U.S. Open meet record on the back end of her 100 fly/100 back double. She wasn’t only one in the ‘A’ final with a strong swim, though. One of the other swimmers in the field throwing down some speed was 16-year-old Leah Shackley, who touched in 1:00.45 for fourth. That’s a new best time for the Indiana commit, dropping over a second to crack 1:01 for the first time.

Shackley finished 24th at Wave I Olympic Trials in 2021 at 14, and has just kept improving. She scratched the 100 fly ‘B’ final to focus on this event, and it clearly paid off. We ranked her 11th in our Way Too Early High School Girls’ Class of 2024 Rankings, as she still has some developing to do in her projected third event, the 200 back. We’ll get a look at what that development looks like in meters on Day 4 in Greensboro.

Texas commit Nate Germonprez popped a lifetime best in the 100 back in Greensboro. Germonprez finished second in the ‘B’ Final behind Hunter Armstrong, touching in 55.53. That shaved .22 seconds off his previous best of 55.75 from Wave I of Olympic Trials.

Germonprez swam his race at the U.S. Open differently than he did at Olympic Trials. In Omaha, he went out quickly in 26.95. He was 27.12 tonight, then came home in 28.41, which is where he pushed ahead of his previous pace.

The #5 commit in the class of 2023, Germonprez is incredibly versatile, holding the best yards times in his class in the 200 free, 100 breast, and 200 breast. He’s showing off his backstroke prowess here in meters in Greensboro by qualifying for Olympic Trials, rebounding from his DQ in the 200 IM on Day 2.

Bro what about that Wen Zhang fella sneaking into A final. One of the best 200 frees in the NCAA this season