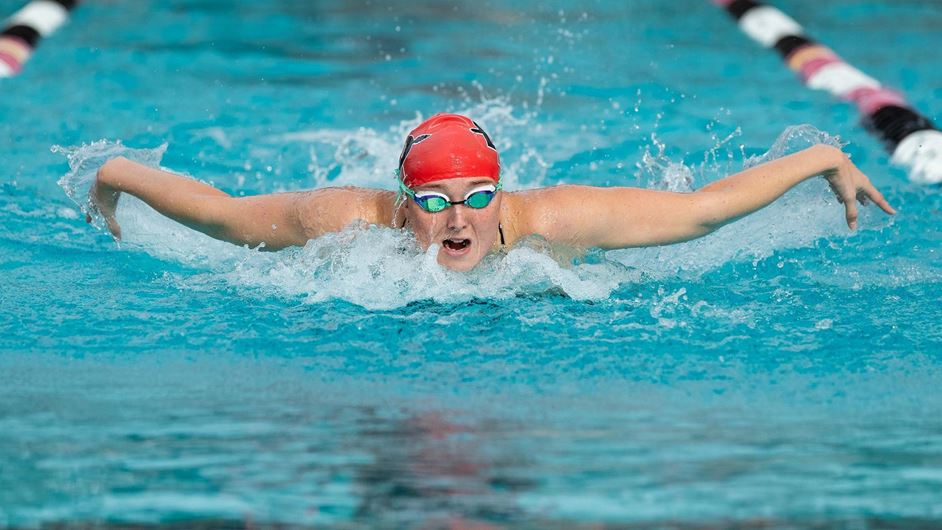 After an extremely tight 3-team race at last year’s championships, San Diego State is back on top this year, and decisively so. The Aztecs have opened up an almost 200-point lead heading into the final day of the meet. Nevada currently leads defending champions UNLV by almost 100 points for 2nd.

In a thrilling 200 free relay, SDSU and UNLV went head-to-head, putting up the 4th and 5th fastest times in conference history. SDSU got out to a slight early lead, with Elizabeth Menzmer leading off in 22.48, while UNLV’s Kristina Schneider, usually anchor on their relays, clocked a 22.58. The Aztecs then grew the lead on the 2nd length, with Klara Thormalm out-splitting UNLV’s Malia Fernandez 22.07 to 22.35. Katsiaryna Afanasyeva then came up huge for the Rebels on the 3rd leg, throwing down a 21.87, while Nevada’s Samantha Geyer was 22.18. The anchors tied, as both SDSU’s Meredith Smithbaker and UNLV’s Ava Haase split 22.16. The Aztecs got to the wall first, clocking a 1:28.89, while UNLV posted a 1:28.96.

A few swimmers made history for their teams in College Station last night. One such swimmer was Nevada’s Donna Depolo, who won the 100 breast in 59.84. With the performance, Depolo became the first Wolfpack swimmer to win a MW title in the 100 breast in program history. She came back on SDSU swimmers Klara Thormalm (59.94) and Samantha Geyer (1:00.05) on the 2nd 50 of the race.

UNLV’s Katsiaryna Afanasyeva won the 100 back to close out the session, becoming the first UNLV swimmer to win the event since 2013. Afanasyeva opened up a big lead on the first 50, splitting 25.07, and was able to hold that lead through the end of the race.