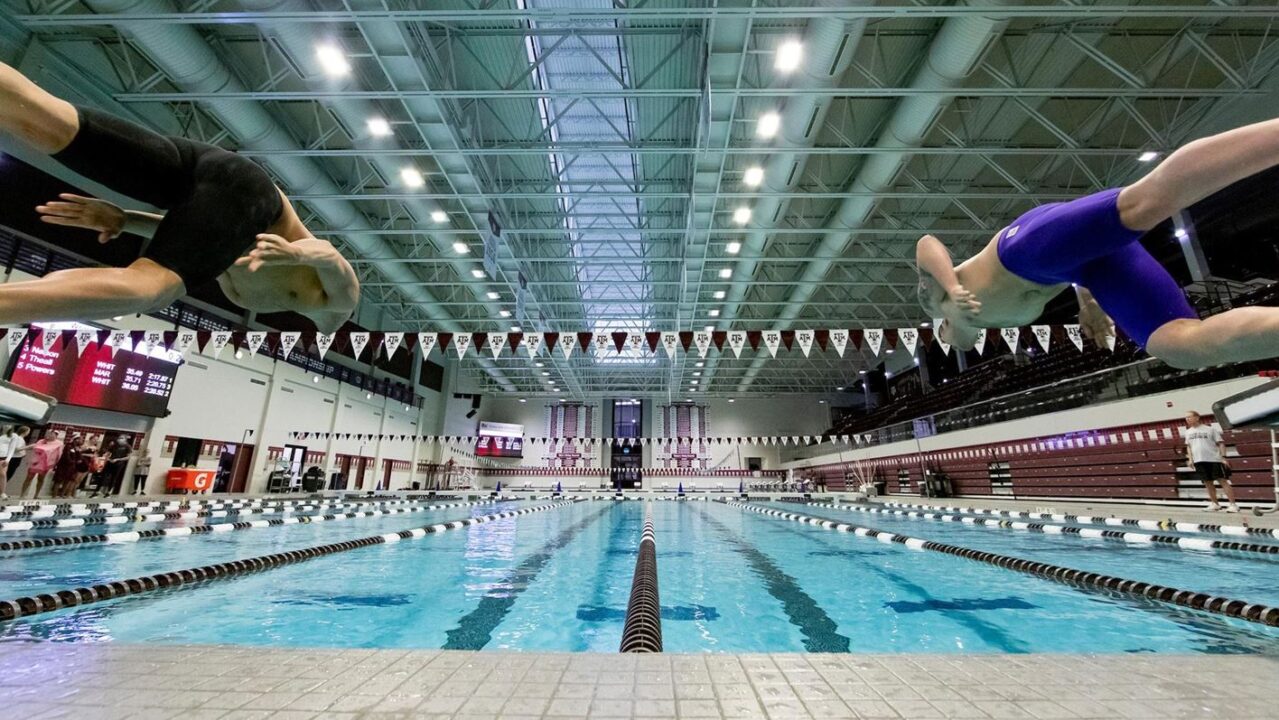 Micah Tennison was one of the many age group swimmers who posted nation-leading times at the Gulf Age Group Championships in College Station, TX. Stock photo via Bailey Orr:Texas A&M Athletics

The 2022 Gulf Age Group Championships were held this past weekend in College Station, Texas. A number of athletes posted times that put them inside the top eight in the country so far this year for their respective ages. Cypress Fairbanks Swim Club won the combined team title with 2,693 points overall.

13-year-old Micah Tennison from Swim Streamline at Northampton won five of his seven individual events this weekend, earning himself the high-point award for boys 13-14. His meet was highlighted by his 100 free time of 47.41, which is the fastest in the country right now for 13-year-old boys, and ranks him 17th all-time among 13-year-olds.

Cypress Fairbanks’  Ian Maldonado recorded the fastest time of the year so far for 11-12 year old boys in the 200 fly. He dropped over five seconds to post a 2:02.77, which now ranks 62nd all-time in the event for his age group.

Juli Cavalcanti won all seven of her individual events, earning her the 11-12 girls high point award with 140 overall points. She dropped over 7 seconds in the 500 free to win the event by over 5 seconds with a time of 5:19.27. Her time ranks 19th nationally among 11-12 year old girls this year.

Way to go, Lucy! We are so proud of you! Following in John’s footsteps just like Eva and Scott!

I swam at this meet!

For a second there I assumed this was a girl and it blew my mind completely🤯
Great time anyway!