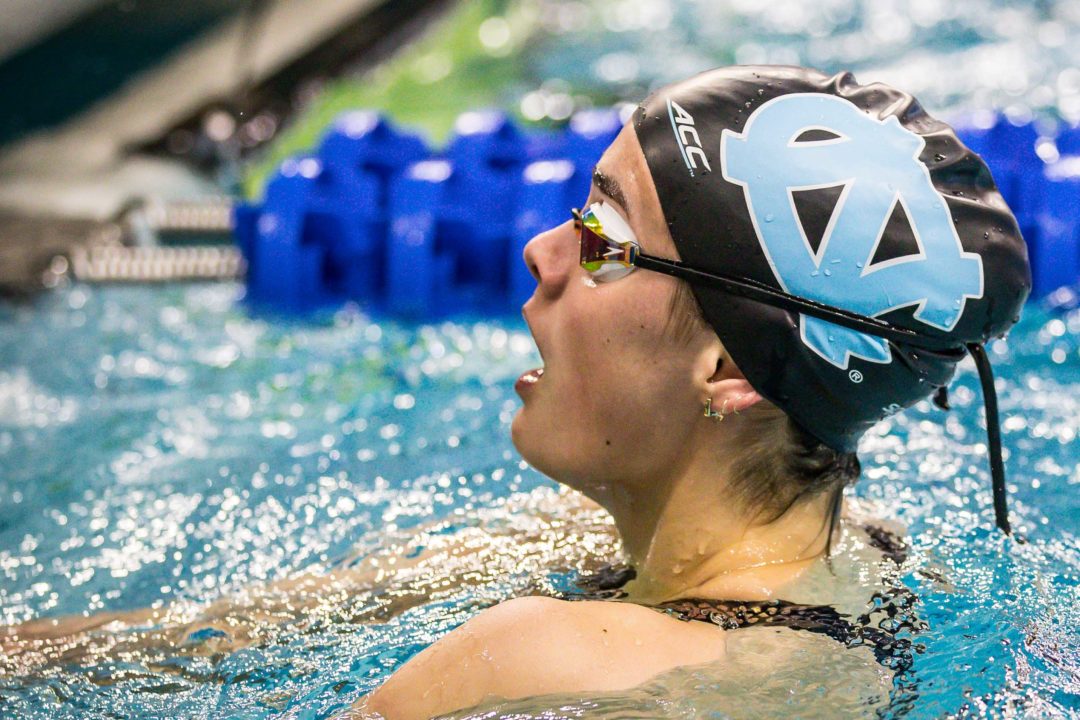 The University of North Carolina is offering 2 Weekend-long swim camps covering all areas, including all four-stroke, starts, turns and more Current photo via Jack Spitser/Spitser Photography

The 2021 UNC Swim Camps look forward to hosting you for a lively swimming experience in beautiful Chapel Hill. There will be two camp options, one for intensive focus on Start & Turn work and one for an all around swimming experience. These skills will help improve swimmers knowledge and awareness of their technique that they can use to apply to their swimming training going forward.

UNC Head Coach, two-time Olympic Gold-Medalist Mark Gangloff, along with the rest of the UNC Swimming Staff will be among the staff for the 2020 Carolina Swim Camps. Mark Gangloff and his staff look forward to sharing their knowledge and time with you to help foster champion swimmers in all! We look forward to having you!

Per NCAA rules, sport camps and clinics conducted by The University of North Carolina are open to all entrants. Enrollment is limited only by age, grade level, gender, and capacity restrictions as specified by each camp.

Commuter: $345
(A online convenience fee will be added upon registration)

May 28-30 swim camp covering all areas, including all four-stroke, starts, turns, and more.

Commuter: $345
(A online convenience fee will be added upon registration)

Mark Gangloff, a two-time Olympic gold medalist and one of the most dynamic young leaders in the world of collegiate swimming, was named the head coach for the men’s and women’s swimming and diving programs at the University of North Carolina in May 2019. Gangloff comes to UNC after seven years at the University of Missouri where he served as the Tigers’ associate head coach for the last two seasons.