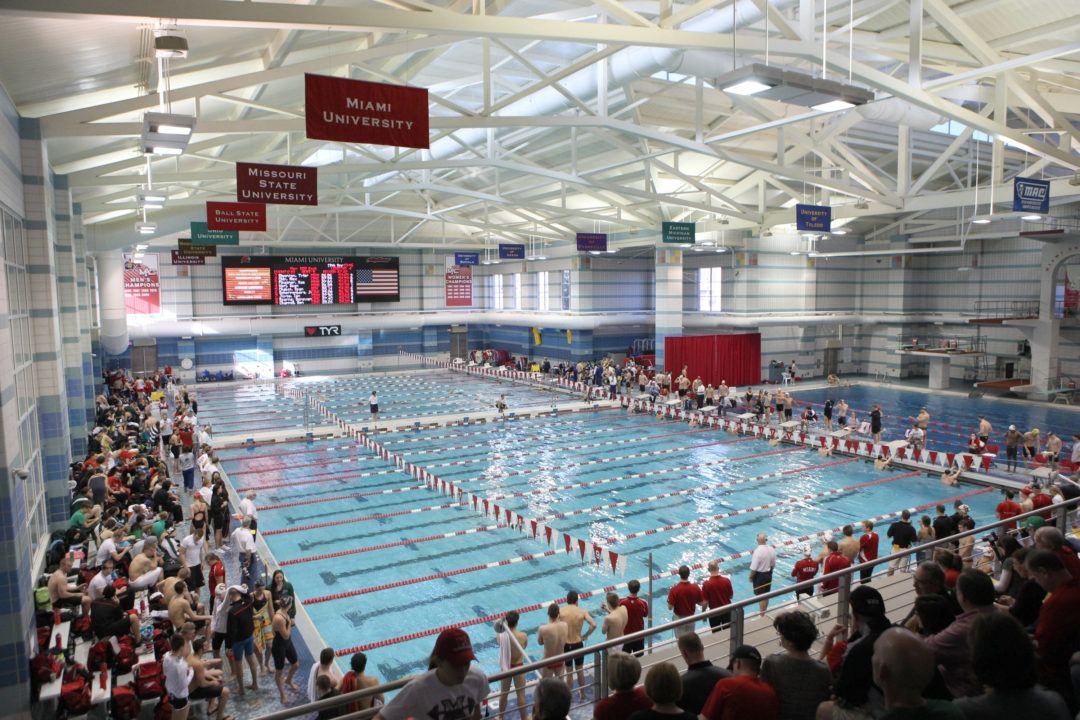 A good number of defending champions are back again for this year's meet, foreshadowing another great meet between Miami and Missouri State this week. Current photo via Miami University swim camp

The Villanova women have earned their 8th-consecutive Big East title while the Xavier men made it a three-peat in 2021, earning their sixth title in 8 years.

Miami Ohio University earned a slight lead on day 1 which kept growing through day 3 when the Redhawks won the title by a substantial lead of 245 points.

We’re rolling through the second week of post-NCAA Division I conference championships, with the men of the Mid-American Conference suiting up in a three-day battle from Thursday to Saturday.

Missouri State won the 2020 title, amassing 892 points and finishing ahead of the Miami RedHawks (812) and Southern Illinois Salukis (622). Ball State was fourth and Evansville fifth. Missouri State is looking to push to their second-straight MAC title after dethroning defending champions Miami last year.

MSU could sweep the breaststrokes with Michael Hampel the top returner in both, but Miami’s Noah Barr and freshman Adrian Dulay have both been under 55 this year in the 100, which Hampel has not.

That’s a good number of defending champions back again for this year’s meet, while Miami and Missouri State combined to win all five relays. It’ll be another great meet between these two top teams this week in Oxford.

Keep an eye on Duvenhage.