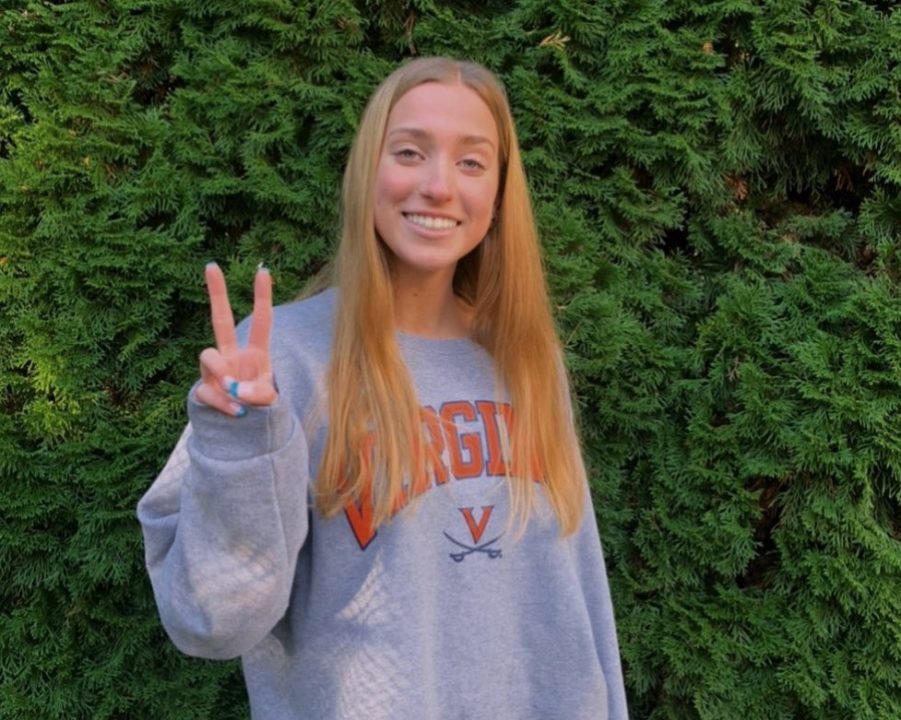 Day 3 of the 2021 Illinois Winter Open saw NASA Wildcats 17-year-old and UVA recruit Carly Novelline continue to win events and drop time. Novelline kicked off her Saturday by breaking another Illinois Swimming LSC Record in the women’s 100 fly. She swam a 52.77 SCY in prelims, dipping under 53 seconds for the first time in her career (previous best – 53.59). Novelline then came back in finals and swam a 1:01.07 LCM, winning the event. That swim marked a personal best by nearly 2 seconds, as Novelline entered the meet with a best of 1:02.97. It also brought Novelline within striking distance of adding another Olympic Trials cut to her resume. Novelline also swam a 1:56.21 in the SCY 200 backstroke, dropping a little over a second in the event. She opted not to swim the LCM 200 back in finals.

St. Charles Swim Team 17-year-old Aleksej Filipovic was first in prelims of the men’s 100 fly. A Texas recruit, Filipovic clocked a 47.21 in the SCY 100 fly, establishing a new personal best. He went on to post a massive drop in finals, swimming a 54.47 LCM. That marked a personal best by over 2 seconds, as her entered the meet with a top mark of 56.65.

FMC had another massive relay on Saturday, with the squad of Connor McCarthy, Connor Boyle, William Gallagher, and Trent Frandson combining for a 1:20.77 in the men’s SCY 200 free relay. The swim marked another LSC record for FMC, as the same squad broke the 400 free relay record on day 2. McCarthy led off in 20.29, while Boyle provided a blistering 19.57 split, Gallagher was 20.65, and Frandson 20.26.

my dyslexic self saw the title and thought it said 57.2 and was so confused

Spencer, I believe Novelline also broke the 17-18 State Record in the 200 Back.

Side note there’s another meet going off in Wisconsin (MAC) and quite a few guys and girls achieved OT cuts.