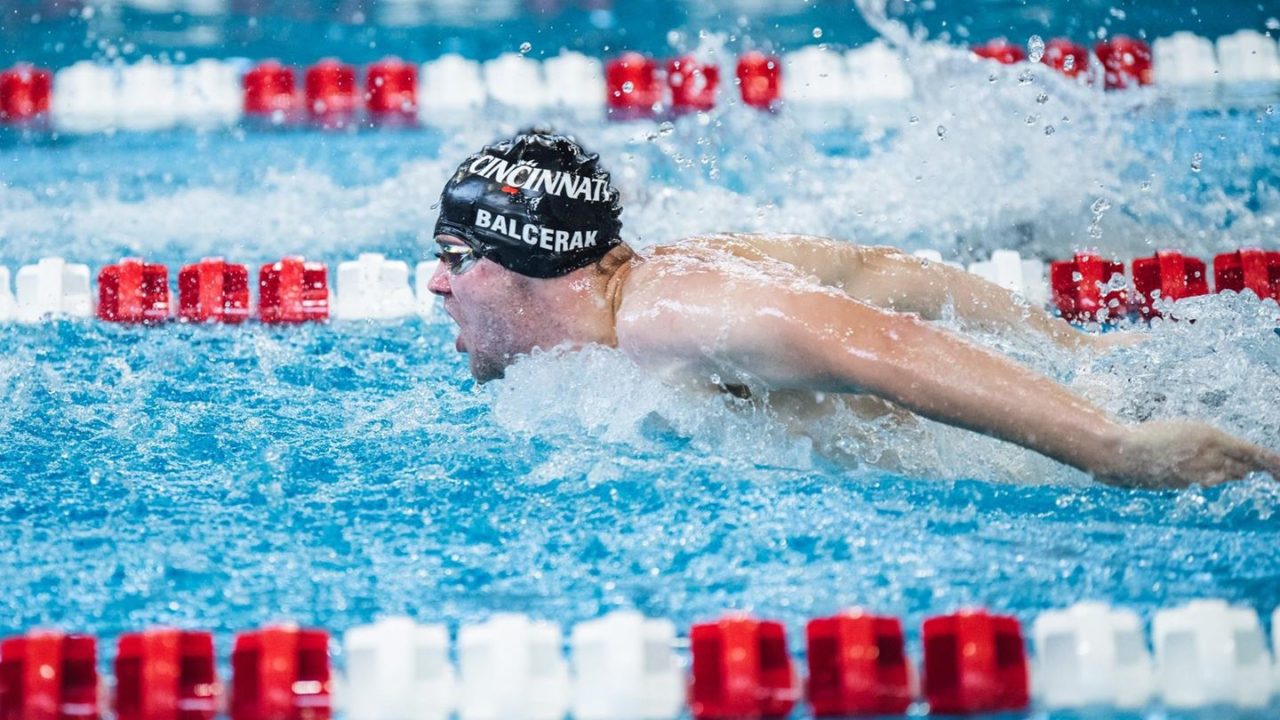 SPRINT FREESTYLES: UConn star sprinter Will Kearsey is the reigning champion. Kearsey has already been 3 hundredths faster than the Meet Record with his 19.55 this season. East Carolina’s Gustavo Santos, the 2019 runner-up, also has a sub-20 best. Kearsey was the runner up in the 100 free last season, but Cincinnati returns reigning champ Alex Fortman. Leading the league this season, however, is SMU’s Daniel Forndal.

100/200 BREASTSTROKES: Jacek Arentewicz of ECU set the Meet Record last season, but Cincinnati’s Dominic Polling was just 3 tenths behind. They’ll battle again this year for the record and the title. Leading the conference this season, however, is ECU’s Lyubomir Epitropov. Arentewicz is also within 2 tenths of the AAC Record in the 200 breast.

100 FLY: East Carolina’s Gustavo Santos returns after breaking the AAC Record to win the 2019 title. Last season, he became the first man in the AAC to break 46 as he set the record at 45.86 in prelims. Cincinnati freshman Michael Balcerak is just 4 tenths behind Santos as the #2 in the AAC this season.

200 IM: Cincinnati’s Dominic Polling and ECU’s Marek Osina will rematch in the 200 IM after both were within tenths of the AAC Record last season. Polling missed the mark by just a tenth to win it, but Osina was also within striking range as he finished 2nd. Osina leads the conference this season by a tenth over Polling.

Swimulator projects the Cincinnati men to take their 3rd-straight swimming and diving title. ECU could move up to 2nd based on their returning diving points, but it may not be enough to catch SMU. The Swimulator rankings are on par with our expectations for the team outcome.

Oh wait what were those predicted scores again? Oh right.

Hi Pirate- The swimulator doesn’t predict scores. It scores teams based on their midseason rankings.

There will be a statement made to start the 800 Free Relay. Somebody is going 1:35.

ECU used to be at the top of this league. Any insight into the change this year?