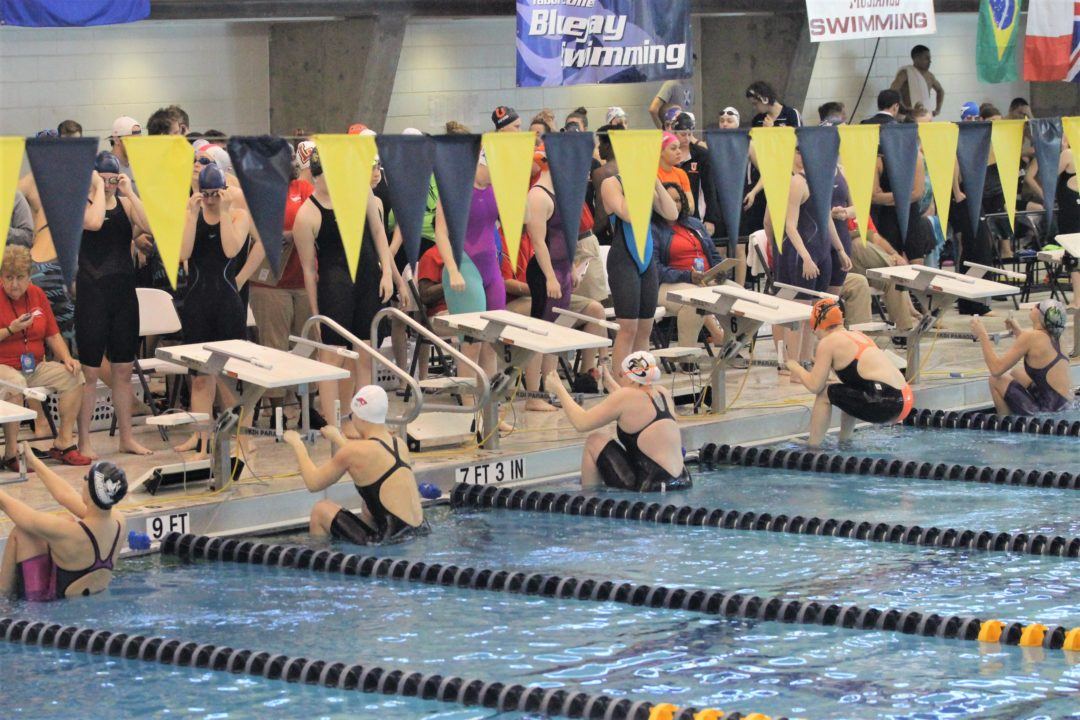 It was another strong morning for the Bees of the Savannah College of Art and Design. SCAD loaded up tonight’s final session with 8 up and 3 down, picking up 21 points over their psych sheet seedings. Current photo via Kristena Poll

It was another strong morning for the Bees of the Savannah College of Art and Design. SCAD loaded up tonight’s final session with 8 up and 3 down, picking up 21 points over their psych sheet seedings. (It should be noted that we have not included the 1650 freestyle or the 400 free relay in those numbers, but we have included them in the calculations for final projected standings. The 1650 is especially problematic because seed times do not always correlate to final results.)

Olivet Nazarene and University of the Cumberlands both placed 4 up and 4 down to maintain their expected places in the final standings at second and third, respectively. Lindenwood-Belleville had an outstanding morning, with 3 freshmen making the A final of the 200 fly. With that performance, the Lynx are expected to move up a spot to 9th overall. ONU picked up 13 points, while College of Idaho was up 10.