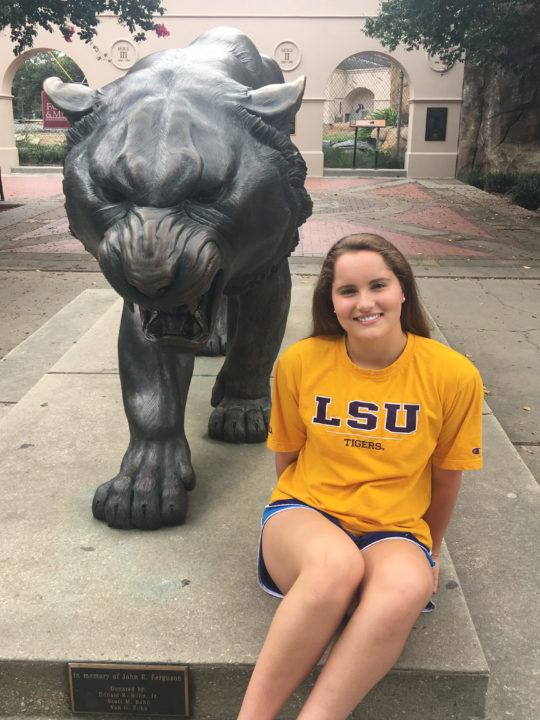 LSU commit Jolee Liles was named the Swimmer of the Meet at the Baton Rouge City Championship. Current photo via Jolee Liles

The 2018 Baton Rouge & New Orleans City Swimming & Diving Championships, the last step of competition before the November 14th-17th State Championship meet, were held last weekend. At the City level, all 4 of Louisiana’s high school divisions race together before they split back out into their respective divisions, split by enrollment, for the state meet.

The girls’ team title came down to the final relay, where Mandeville High and Saint Scholastica were seeded well ahead (10 seconds) of the rest of the field. That meant that whichever team won the final relay would take the team title, and in spite of the two fastest legs of the field from Saint Scholastica’s bookends Gabriella O’Neil (53.77) and Gabriella Fouchi (53.39), Mandeville won the race with depth 3:40.00-3:40.91. Fouchi did make up 2-and-a-half seconds on her anchor leg, but it wasn’t enough.