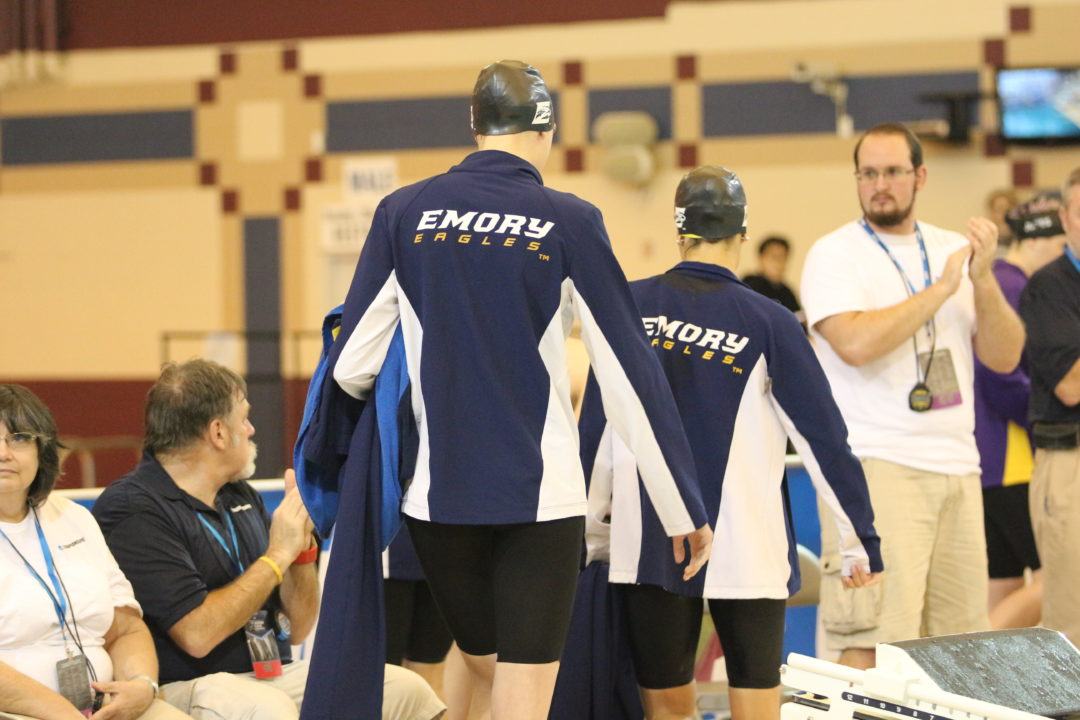 To finish off their utterly dominant NCAA D3 Championships performance this week, the Emory women won the 400 free relay in a new D3 record.

The Emory women’s swimming and diving team won their eighth consecutive NCAA Division III title by 200.5 points on Saturday, thanks in no small part to the Eagles’ ability to place 23 swimmers and 5 relays in A finals, and 15 swimmers in B finals, over the four days of the meet. Emory won all five relays, plus the 100 free, 200 free, 1650 free, and 100 back individual events, and outperformed expectations (based on psych sheet seedings) by 150 points.

Williams performed consistently over the four days and was able to remain uncontested for the #2 position. Washington & Lee had a phenomenal meet, second only to Emory in their upside surprises. Calvin, too, did better than expected; their improvement was concentrated in sprint freestyle (50/100 freestyle individual events and the 200 free relay).

On the downside, Bates, Chicago, Illinois Wesleyan, Johns Hopkins, Kalamazoo, and St. Thomas all gave up potential points on relay DQs, while NYU had the distinction of losing two relays to disqualifications. Eau Claire defaulted 20 points with the last-minute medical scratch of the #1 seed in the 200 breast.