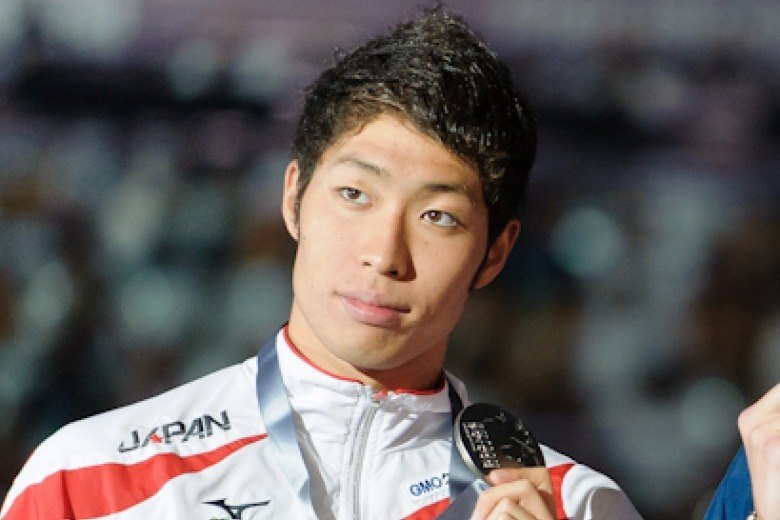 Kosuke Hagino threw down a monster 4:09.80 in prelims of the men's 400 IM and then scored a 4:08.90 to take gold and put the world on notice. Archive photo via Victor Puig 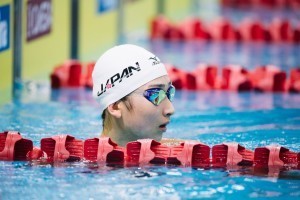 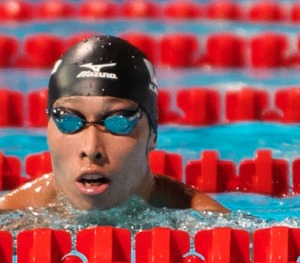 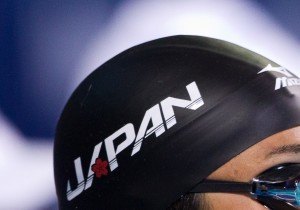 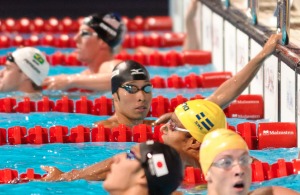 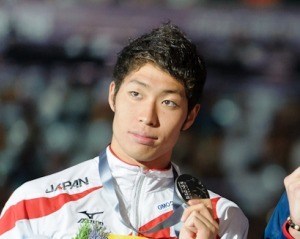 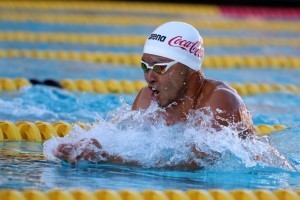 After registering an impressive 58.14 in prelims, teenager Rikako Ikee rocked a monster of a swim in finals, stopping the clock at 57.55 for a new Japanese National Record. Splitting 27.15/30.40, Ikee was able to shave .01 of a second off her previous record from the World Cup in Tokyo last fall.

At just 15 years old, Ikee’s time this morning ranks as the 6th-fastest swim in the world this season, further positioning the phenom as one to watch headed into Rio. Reminder – this is just semi-finals….we still have one more 100m butterfly swim for the women tomorrow night.

Of note, the 200m butterfly World Champion Natsumi Hoshi was the runner-up seed tonight, clocking a 58.84. Another 15-year-old, Suzuka Hasegawa, took the 3rd seed in 58.91. The top 3 swimmers were the only sub-59 athletes of the field, however, Ikee was the only competitor to register a time beneath the Japanese Olympic-qualifying mark of 57.77 so far.

In a somewhat surprising turn of events, 33-year-old Kosuke Kitajima led the semi-final field, scoring a time of 59.62 to slide under the Japanese Olympic standard by .01 of a second. Kitajima, who was twice Olympic gold medalist in this event in 2004 and 2008, opened with a 27.95, then closed with a 31.67 to register the only sub-minute mark of the evening’s field.

Kitajima’s effort now positions him as the 4th-fastest man in the world this season, with one more 100m breaststroke race to go in Tokyo. Of his swim, Kitajima said, “I wanted a slightly quicker time, but it’s been a while since I swam 59-something. I feel this is a reward for all the hard work I’ve put in. I’d still like to set a personal best again in the final.”

Right on the minute-border, is Yasuhiro Koseki, who touched in 1:00.09 after earning a 1:00.12 in prelims. The man actually holds the world’s 6th-swiftest mark in the event so far this season after taking the event at February’s Kanomi Open in 59.67. Koseki may very well be doing bare minimum to get through to the finals before unleashing a fierce swim.

Surprising, however, is the fact that Hagino’s partner-in-400IM-crime, Daiya Seto, wasn’t able to throw down a swifter time than his silver medal-winning 4:13.52. Heading into the meet, the 2015 World Champion held a season-best of 4:08.50 from Kazan, a time that would have earned the silver medal in London. Seto’s fastest since, however, is the 4:12.10 he scored in September and now this 4:13.52 mark to keep him above the 4:10 line over the season.

The former performance, however, sits beneath the 4:12.24 Japanese-dictated Olympic-qualifying mark, so that, paired with the fact Seto is reigning World Champion in the event, means Seto should be safe to earn his berth on his nation’s Rio roster.

This has been a successful another event for Hagino in the past and he actually owns the world’s 7th-fastest time in the event this season with the 3:47.61 at the Konami Open in February. But, Hagino and his coach, Norimasa Hirai, opted out of including this in his Olympic repertoire, focusing on just the 400m IM on day 1 of trials and, eventually, in Rio. As such, the 400m free field is wide open for anyone to claim the 3:46.53 Japanese Olympic-qualifying time tonight in finals.

Enter Naito Ehara. Ehara made a name for himself already this year, having scored a new Japanese National Record in the short course version of this event (3:38.54) and earned the gold tonight by a full second over the field. The mark moved Ehara past Hagino in the world rankings, now positioned as the 6th-fastest of the season.

As effective as the swim was in getting Ehara to the top of the podium in the context of tonight’s final, the mark falls short of the Japanese Olympic-qualifying standard of 3:46.53 and, therefore, may not be enough to garner the 22-year-old a ticket to Rio.

Japanese National Record Holder in the event, Sakiko Shimizu, took a back seat to her 24-year-old teammate tonight, as Miho Takahashi snagged the meet title in a time of 4:35.55. For Takahashi, that time is less than a second off of Shimizu’s Japanese record of 4:35.04 she clocked in just February this year at the Konami Open. She has now qualified for her 2nd straight Olympic appearance.

Shimizu settled for silver, registering a mark of 4:36.68 to barely sneak under the Japanese OLY standard of 4:36.88.

The two women are now positioned as the 4th and 5th-fastest swimmers in the event so far this season.

Wrapping up tonight’s competition was Chihiro Igarashi, who topped the podium in the women’s 400m freestyle. After earning a time of 4:12.86 in prelims, Igarashi was able to slice another 3 seconds off her mark and score gold in 4:09.70, the only sub-4:10 time of the final. However, with the JPN Olympic standard sitting at 4:05.49, Igarashi is a ways off where her nation expected an Olympic roster swimmer to be. And, rightly so, as a female needs to be in the 4:06-range to even register in the world’s top 10 in the event before most countries’ trials have even started.

is there a live stream for the finals?