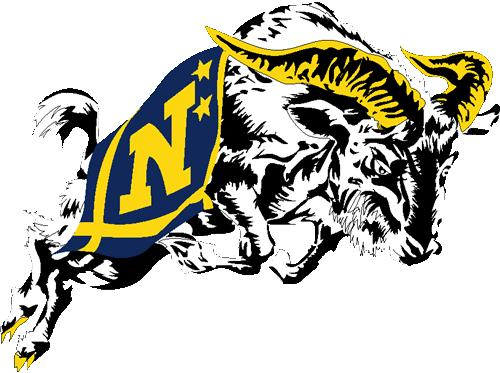 Having dominated all four days of the meet, Navy won both the women's and men's Patriot League titles. Bucknell was able to hold on for second in the women's meet, while Army moved up on day four to finish in second on the men's side. Stock photo via Navy Athletics

No sooner had we said Bucknell women looked like they may have a lock on second place, along came the Boston University distance crew and reduced Bucknell’s lead from 45.5 to 31.5 points. BU sophomore Stephanie Nasson and freshman Sarah Hargrave went 1-2 in the mile and both were under the previous meet and League record of 16:24.83 set by Colgate’s Erica Derlath in 2011. Both Nasson and Hargrave dropped just over 50 seconds -each!- and finished with 16:20.32 and 16:24.05, respectively. Kellie Pontecorvo of Bucknell took third.

In the men’s mile, Thomas Duvall and Alex Nickell of Navy took the top two spots on the podium in 15:00.99 and 15:20.99, respectively. Bucknell freshman Louis Behnen was third.

Bucknell’s Emma Levendoski lowered her time from prelims en route to winning the 200 back but just missed the League record. Still, her 1:56.56 was good enough for first and a “B” cut. Lauren Baguley of Navy was second, also with a “B” time, and her teammate Anna Brooks finished third.

Connor Stuewe of Boston University lowered the meet and League records (which he had set in the morning session with a 1:45.23) by dropping another 1.8 seconds and going 1:43.50. That’s almost five seconds off his pre-meet seed time. Navy’s Joseph Lane and Conor Campbell finished second and third, respectively.

Freshman Kaitlyn Ruffing of Lehigh stunned the field with a 26.0 second half in the 100 free, which allowed her to move from fourth at the 50 wall to first. Her winning time of 50.51 was just .14 ahead of second-place Maddie Thompson of Navy. Army’s Molly Mucciarone finished third.

Midshipman Ellen Bradford just held off BU’s Karla Ferrara to win the 200 breast 2:17.03 to 2:17.68. All told Ferrara dropped five seconds in the event during this meet. Navy’s Hannah Gillcrist was third.

Sean Murphy of Navy broke his teammate Luke Hoffer’s meet record in the 200 breast but Hoffer’s pool and League marks will stay in the books another year. Murphy won in 1:55.64; Hoffer was second in 1:58.37. BU’s Austin Dickey finished third.

Freshman Ariana Bullard of Army won the women’s 200 fly in 1:58.97, earning a “B” cut along with runner-up Rheanna Vaughn of Navy. Cece Simpson of BU took third.

Jonathan Debaugh of Navy won the men’s race in 1:45.02 ahead of Bucknell senior Mike Nicholson and and BU’s Mun Hon Lee. All three earned “B” cuts.

Navy and Army both picked up a lot of points in the men’s three-meter diving; Navy had four in the top-eight and Army had three. William Mayo of Navy won with 346.85 points; Zachary Woods of Army was second, and Ben Freedman of Navy was third.

As it turned out, Bucknell did hold on to the second rung of the podium with solid swimming and diving all weekend. And on the men’s side, Army was able to pull it off and take over second place from BU. It was a great meet with a lot of energy, a lot of fast swims, and a whole slew of new records. Congratulations to all the participants.