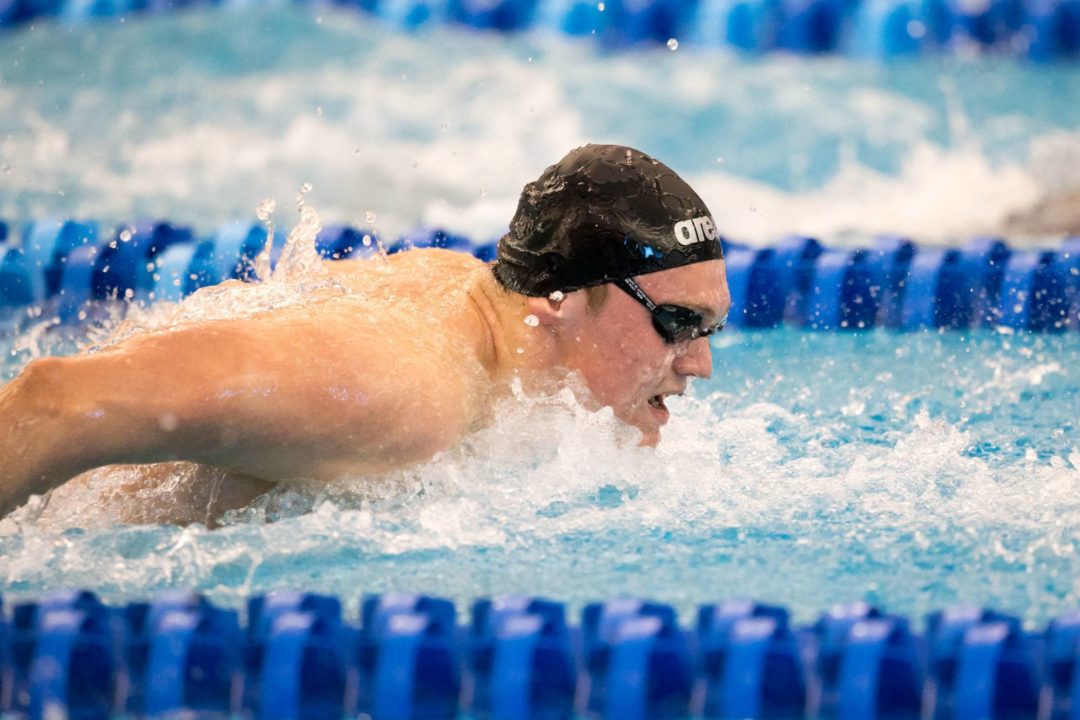 Coach Dan Colella: “Butterfly can be an incredibly strong event for us. We have some great flyers returning both in the 100 and 200."

The Blue Devil men and women feature strong flyers in every class and will look to build on solid preseason training heading into the 2014-15 campaign. Head coach Dan Colella provides an in-depth look at the key personnel in the butterfly group.

2014 Postseason Results:
Michael Miller broke the program record in the 200-yard butterfly as a freshman last season and just missed qualifying for the NCAA Championship with a 1:45.18 performance at ACCs. Clay Sanders also reached the 200 butterfly finals while Kaz Takabayashi represented the Duke men in the 100, finishing 22nd overall.

The Blue Devil women placed four swimmers in the 100 butterfly finals at the ACC meet, led by Lauren Weaver’s podium finish in third. Three rookies joined her in scoring for Duke, as Maddie Rusch took 13th, Colleen Wixted 23rd and Jessie Sutherland 24th. Wixted and classmate Brittany Friese paced the team in the 200 butterfly, with both competing in the consolation final.

Key Returners:
Miller, Sanders and Takabayashi all return to the butterfly lane after turning in strong postseason performances last spring. The group also includes junior Kenny Ng, and sophomore Joey Maginnis and senior Stefan Knight, who have both excelled at the 100-yard distance.

Despite the loss of Weaver to graduation, the women feature great depth as well with Rusch, Sutherland and Wixted leading the sprinters and Wixted joining Friese in the 200 butterfly. Rusch dropped over two seconds in the 100 over the course of her freshman season while Sutherland was impressive in swimming the sprint event for the first time. Junior Linsay Cooper also adds experience after earning an NCAA provisional qualifying mark in the 100 last year with a 54.40 swim.

Newcomers to Watch:
Leah Goldman joins the women’s program as one of the top flyers coming out of high school. She will provide speed for the Blue Devils in the sprint fly while fellow rookie Lizzie Devitt is expected to contribute at the 200-yard distance. Isabella Paez arrived in Durham as well after finishing third in the 200 at the Speedo Junior National Championships over the summer.

Transfer David Armstrong came to Duke from BYU and spent his summer on campus training. Colella anticipates he will be a significant factor when it comes time for the ACC Championship, as will freshman Ryan Nicholson, who was a three-time All-American in the 100 butterfly during his high school career in Ithaca, N.Y.

Coach Dan Colella:
“Butterfly can be an incredibly strong event for us. We have some great flyers returning both in the 100 and 200. Isa Paez is coming off of an amazing summer where she finished third at Junior Nationals. One of the things that we’ve been excited about is that just getting her stronger will make an impact on her 100 fly. Increasing that speed will also enhance her 200 as well. It’s early in the fall, but some of the things she’s done have been indicators of the future. Clay Sanders has been someone who has steadily improved every year. He’s probably one of the hardest workers on our team. He didn’t make the conference team his freshman year, made it his sophomore year and scored his junior year. I know he’s really looking to put an exclamation on his tenure here at Duke.”