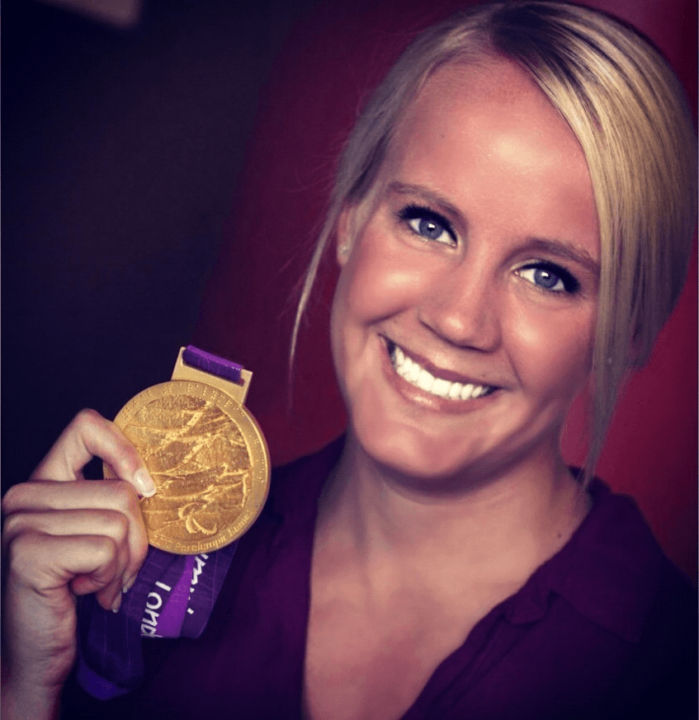 The swimming industry is constantly changing, and 2013 saw several big paradigm shifts in the sport. FINA revamped the World Cup series with huge success; we saw the best-promoted European Championship in history; athletes have found new ways to fund themselves; and a 14-year old declared himself a professional.

But no shift in the sport of swimming has been greater than the foundation-building changes within Paralympic Swimming in the United States. In addition to NBC announcing 116 hours of televised coverage of the 2016 Summer Paralympic Games, FINIS signed World Record holder and two-time ESPY award winner Mallory Weggemann to a major sponsorship deal.

This is a big shift for the Paralympic movement in the United States, where a major swimming brand has yet to promote their sponsorship of a Paralympic swimmer that we’ve seen. Weggemann exploded to win 8 World Championships in 2010, and was the 2012 Paralympic Champion in the 50 meter freestyle after being moved into a more difficult classification on the eve of the Games. This year, she’s been fighting primarily outside of the pool for a chance at “new mobility,” where a device fitted to her legs and her arms could allow her to stand and be mobile outside of her wheelchair again.

Weggemann also spoke at a TEDx conference, which is another sign of increasing visibility in this country for Paralympic swimmers.

This is big, because of the sheer size of the Paralympic industry in other countries. In places like the UK, Australia, and South Africa, Paralympians are in many cases of equal levels of stardom to their Olympic counterparts, as they rightfully should be.

The United States has lagged behind in this promotion and publicity arena, but the momentum of 2013 shows that things are on the right track. The dollar potential of this new industry is why this move earns the Industry Impact award. The biggest British Paralympic swimming stars make 7-figure sums from sponsorship, for example.

FINIS has begun designing suits specifically tailored to an Para-athlete’s disability, and they’ve made a big move into a market that has proven fruitful in other parts of the world. Most importantly, FINIS’ brand power entering this market can only serve as a bit of a ‘feedback loop,’ bringing even more visibility to it and growing it even further.

Have you not heard of Jessica Long, the swimmer that has seventeen medals in all , swimming
in Greece, China and London.

Hi Janet – yes, we have heard of Jessica. In the 18 months that SwimSwam has been in existence, we’ve written over 40 articles about Jessica. This article is not about Jessica, however.