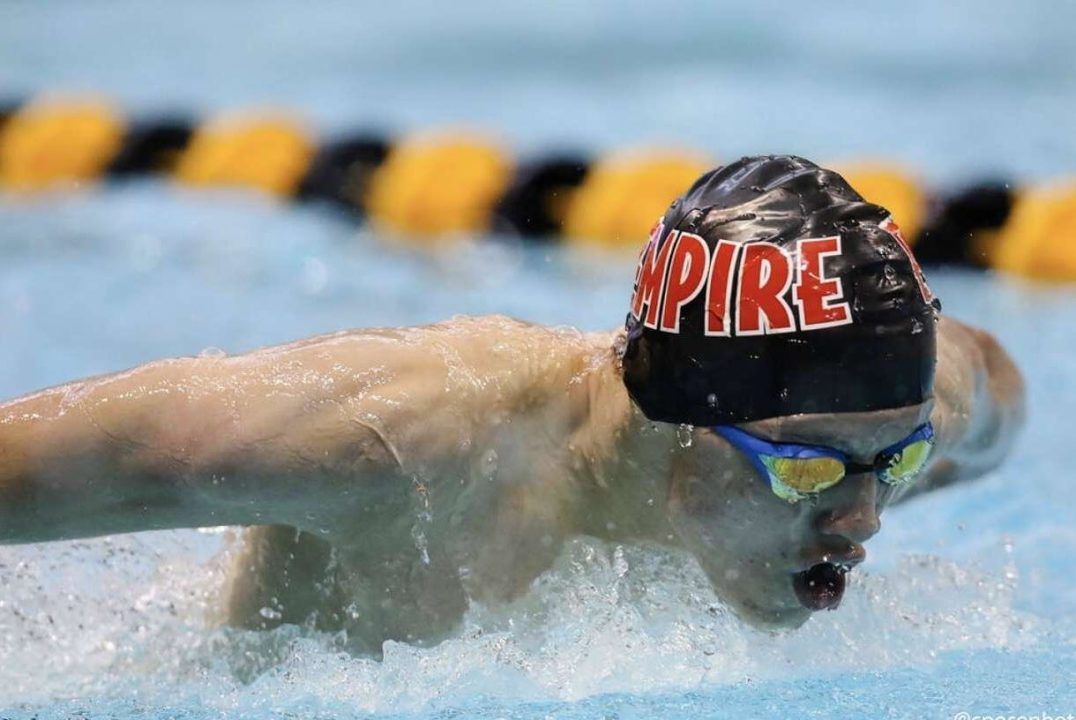 The Empire KC Swim Club hasn’t had a meet in almost 7 months, and they unleashed all of that pent-up energy on Sunday in a short one-session intrasquad event that saw several lifetime bests.

The headliner was 16-year old Caleb Ellis, who swam a new Junior Nationals cut in the 100-yard fly.

He swam a new best time of 48.57, which undercuts his previous best of 50.15 swum in late February at his last meet, the Missouri Valley Championships. His previous best time was a Futures cut only, based on 2019 standards, and he bypassed Winter Juniors straight to a Summer Juniors standard – his first such cut.

He followed that with a 4:00.71 in the 400 IM, which knocked seven-tenths off his previous best time.

Empire KC has been back in the water since early June, with a gradual increase in training time through August. After taking a week off in late August as school began again, giving the athletes time to adjust to new and unfamiliar routines in the era of a pandemic, swimmers have been swimming 6 days a week plus weights, with the last reintroducing doubles.

“Having a scheduled meet yesterday, gave the athletes drive and focus,” said Carmen Menges, the team’s head senior coach. “The excitement at practice the week leading up to this meet was palpable as you walked into the pool. We are grateful that we had the opportunity to compete.  ”

Other Top Swims and Winners:

I bet it’s the yoga they’ve been doing!

Mountain Valley Champs? While swimming for a team in Kansas…I have my doubts. More likely the Missouri Valley Champs if you ask me.

Regardless – thanks Swim Swam for featuring a local swimmer.