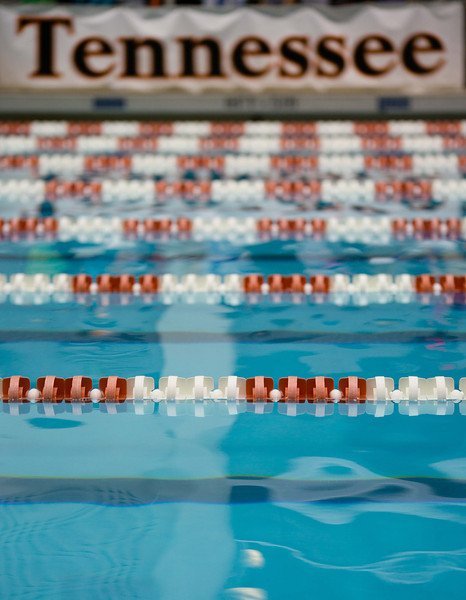 Day 3 of the 2014 YMCA Long Course National Championships picked up right where day 2 left off, with lots,... Stock photo via Lester Rich/SwimTeamPics.com

Day 3 of the 2014 YMCA Long Course National Championships picked up right where day 2 left off, with lots, and lots, and lots of YMCA National Records.

The scoreboard at the IUPUI Natatorium in Indianapolis, Indiana has been lit up like a pinball machine all week, and 4 more marks went down on Wednesday evening.

That began early with 15-year old Camryn Forbes from the Butler, Pennsylvania, who won the women’s 100 backstroke in 1:02.68. That time broke a decade-old YMCA National Record of 1:02.73. Interestingly, Weaner, who would go on to have a very good career at Tennessee, set the record when she, too, was 15, and she also hails from Pennsylvania and the West Shore YMCA.

Forbes’ development in the last year in this 100 back has been impressive. Toward the end of last summer, she stalled out just a touch right around a 1:05 in this 100 long course backstroke, swimming in that range at three separate summer meets.

This year, she started her long course season in April with a lifetime best, and things have only gotten better from there, finishing with the National Title on Wednesday.

In the next race, it wasn’t a record, but Tristan Sanders from the Suncoast YMCA in Florida swam a solid 56.61 to win the men’s 100 backstroke by almost a second. The Michigan commit, and dynamo in the 200, was our very fast, and was a full second ahead of the field at the turn.

A pair of Illinoisans were 2nd and 3rd, with Sean Workman from Edwardsville taking 2nd in 57.47, and Daniel Hein from Kishwaukee placing 3rd in 57.90.

Shortly thereafter Alyssa Arwood won the women’s 50 breaststroke in 32.72. That was faster than the Meet Record was coming into the meet, but in prelims, YOTA’s Olivia Ontjes swam a 32.62 to lower it. Ontjes, who is the defending champ and in fact the record holder as well before Wednesday,  was unable to hold on in finals, placing 2nd in 32.99.

In the men’s version of that race, which was up next, a defending champion was once again dethroned in front of his own eyes. Somerset Valley’s Zack Warner won in 28.43, taking the title and tying the record that Conner McHugh set last year. McHugh was 2nd in 2014 in 28.62. These two have had some huge sprint breaststroke battles over the last couple of years, and like all things will now pass with both swimers headed off to college. Warner is committed to Auburn and McHugh to Minnesota, so the next time these two meet will probably once again be back at the national level.

In the girls’ 400 IM, the title went to Wilton YMCA’s Verity Abel with a 4:56.59, beating out Julie Lajoie (4:57.50). Abel is part of the #12-ranked Duke Blue Devils recruiting class for the fall, and her impressive improvements this week in both the 400 free and the 400 IM, where she’s dropped right around 5 seconds each, only further helps to solidify that class.

Next, in the boys’ 400 IM, Mark Andrew from the Greater Miami Valley (Ohio) YMCA slid under the old record just by the skin of his teeth. Andrew put up a 4:27.25, which beat the old record of 4:27.27 held by David Ingraham from Middle Tyger.

While the record was in his sights, his more immediate competition was a great battle with Maxwell Dolan of the Wilton YMCA. Dolan pushed his fly hard, to the tune of 57.99, whereas Andrew split only a 1:02.35 – leaving him 7th, and by a good margin, after just 100 meters. Andrew made that back up in a hurry on the backstroke, and the back-and-forth shootout was on.

One might expect that Dolan had run out of gas after such a fast start, but quite the contrary in fact, he traded blows with Andrew the whole way. That includes a 28.94 over the last 50 meters that was the fastest of the field.

The energy of this meet just wouldn’t quit, as two college freshmen-to-be duked out for the women’s 200 free title. It was the Texas A&M commit Caitlynn Moon (2:02.62) had an impressive last 50 to come-from-behind against Princeton commit Alisabeth Marsteller (2:02.69).

That finished out the individual events, with just the relays left to be decided.

The York YMCA girls started that portion of the evening off with a win in the girl’s 400 medley relay – enough to drive them up to a 3rd-place tie with the Countryside YMCA in the team standings.

Caitlynn Moon is committed to Texas A&Mac not UNC.

Best swim of the night for Grant House in my opinion.
1.51.12 is the best time of the year for a US 15-year-old boy in the 200 free.
He was great in yards a few months ago at the Ohio high school state championships.
Good to see he can also swim fast times in long course which isn’t always the case for US high schoolers.
Definitely a name to remember for the future.