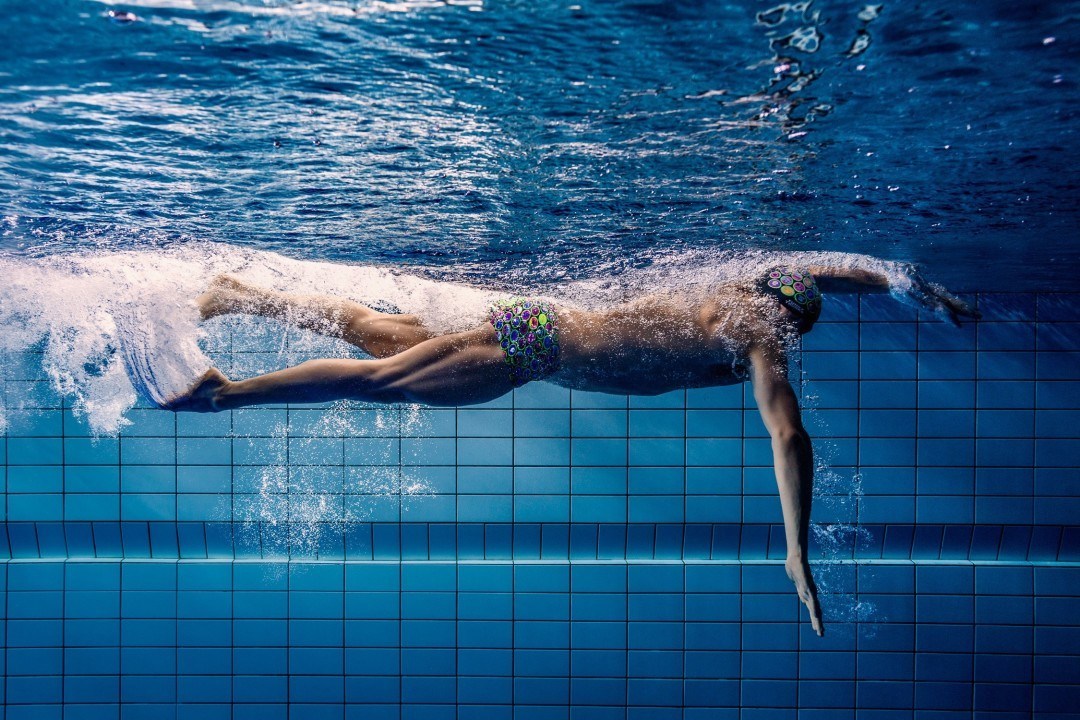 Both the boys and girls team titles at the Utah Class 5A State Championships came down to the final relay, with the girls of Sky View and the boys of Viewmont holding on for hotly-contested team trophies. Stock photo via Funky Trunks

Both the boys and girls team titles at the Utah Class 5A State Championships came down to the final relay, with the girls of Sky View and the boys of Viewmont holding on for hotly-contested team trophies.

Sky View didn’t win an event until it most needed to, winning only the closing 400 free relay to seal an overall team title.

Heading into that final event, Sky View held a narrow 5-point lead over Brighton with West High School also lurking. With the relay counting for double points, the meet would come down to how the three programs finished in the final heat.

But Sky View got the field’s best anchor leg from sophomore Megan Brimhall at 52.4 to pick up the win, touching out Brighton by just under half a second. Brighton had its own tough anchor, freshman Rachel Butler, who split 52.7 but came up just short.

Individually, the star was Cottonwood sophomore Rhyan White, who won two events, led a winning relay and broke a 5A and overall state record in the 100 back. In that race, White was 53.45, blowing out the field by more than five seconds.

White also went 55.27 in winning the 100 fly, and booked her team a two-plus second lead on the field while leading off the 200 medley relay in 25.5. Her teammates Katelyn Price, Rachel Anders and Hannah Dibb joined her to go 1:50.66 and win the event by just .05 seconds over a surging Viewmont.

White was named female swimmer of the meet for her efforts.

West High’s Autumn Wolfgramm won one individual event and one relay. She joined Fane Wolfgramm, Julia Sherman and Emily Dixon to go 1:39.58 in winning the 200 free relay – that team was powered by a 24.5 leadoff leg from Fane, the younger Wolframm in her sophomore year, and the senior Autumn anchored in 23.6.

Bonner also went 1:42.17 to win the 200 free, helping Viewmont build up a 29 point lead over Cottonwood and Lone Peak heading into the final relay. That was a safe enough margin to mostly end things, but still left the team winner officially up in the air until the final touch.

Cottonwood made a big surge, winning that 400 free relay, but it wasn’t quite enough to track down Viewmont, which took fourth in the relay. Cottonwood’s Arroyo led off in 48.2 and sophomore Christian Simon blasted a 47.5 split on the second leg to power teh team out to the lead. Freshman Colin Dailey came through with a 49.0 split and senior Jonah Simon ended things with a 48.0 anchor leg as Cottonwood went 3:12.92.

Brighton swept a pair of relays, breaking the meet’s first state record in the 200 medley. The team of Brock Harries, Jack Binder, Parker Wiest and Brian O’Neal went 1:34.71 to win by about half a second and shatter the 5A and Utah state records. Binder had the field’s best breaststroke split at 26.0, Wiest led all butterflyers at 22.9 and O’Neal was 21.0 for the fastest anchor leg.

The same foursome would take the 200 free relay title later on with remarkable splitting consistency. O’Neal was 21.5 on the leadoff, with Binder going 21.6, Wiest 21.9 and Harries 21.5.

Harries also won the 100 free individually, going 47.53. In that race, he beat eventual 100 back champ Adam Edwards, who would go 52.80 to earn a touchout backstroke win later on.

The other individual winner was Westlake junior Kimble Petersen, who went 21.56 to take the 50 free by .05 over Brighton’s O’Neal.