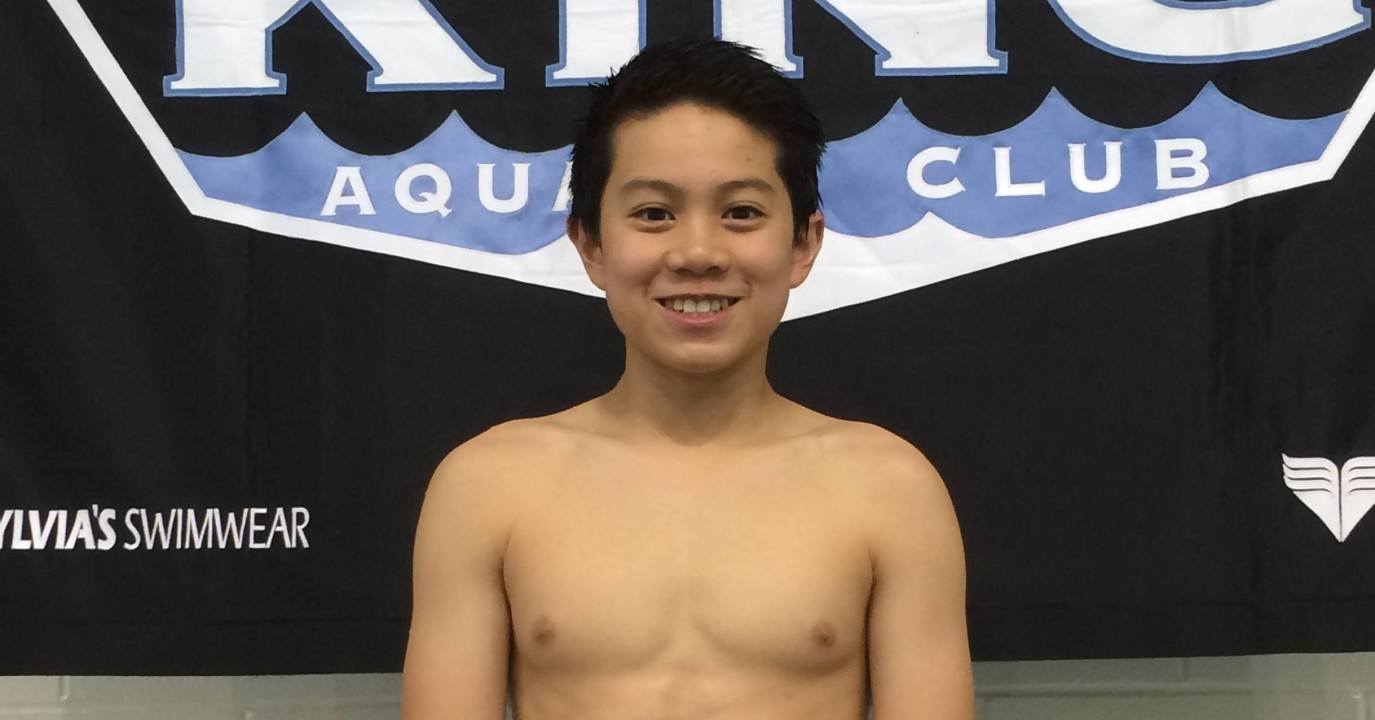 13-year old Ethan swam possibly the fastest ever 200 meter breaststroke by an American swimmer of his age on Thursday. Archive photo via Ash Milad

While the single-age history in USA Swimming is not as good as the age group history, that swim by Dang appears to be the fastest ever done by an American 13-year old, ahead of Sean Mahoney’s 2:20.9 from 2002; and ranks him as the third-fastest 13-14 in history, even though he just aged up in February.

In that swim, he beat another impressive young breaststroker; 15-year old Jonathan Cook took 2nd in 2:22.01.

The home team King Aquatic Club boys were the stars of the show on Thursday, as their 15-18 200 meter free relay broke a National Age Group Record.

Read more about that record here.

Please tell me his height and weight as of 2017

I used to swim with him

That moment when you personally know Ethan Dang and he just got fourth for 200 breast with a 2:18 at age 13.

Congrats Ethan! But Liam Bell went 2:19.09 at Futures this weekend, so I believe that makes Liam second all time & Ethan 4th. I’m sure by the time he ages up he will be higher on the list, but for now I think he is fourth.

He’s only 2 seconds away from an Olympic Trials cut…

Great kid, and a remarkable talent. My son has been racing Ethan for 5 years, and it is always a pleasure to watch.

What does he eat for breakfast? I want to get some.